Natural science
The universe contains more matter than antimatter. This is the very basis for its existence, and for the existence of stars, planets…and human beings. But why so much matter survived Big Bang remains a mystery, as does the strong force holding the matter in the universe together. As a Wallenberg Academy Fellow, Karin Schönning is searching for pieces of the puzzle in an attempt to resolve the unsolved mysteries. 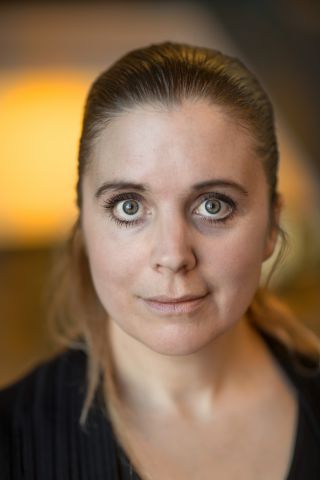 Research field:
Hadron physics, especially studies of systems – hyperons – in which light quarks are replaced by heavier ones.

The birth of the universe in the form of Big Bang 14 billion years ago created an equal amount of matter and antimatter. The meeting between them should have obliterated both of them, but something happened. An absence of perfect symmetry meant that more particles of matter than of antimatter survived the big bang, a surplus large enough to create the world we know, containing galaxies, stars and planets, including our own.

What really happened is a question that confounds physicists, and creates a constant need for fresh research. Schönning, who is Associate Professor of Nuclear Physics at Uppsala University, explains:

“Something at the dawn of the universe must have caused matter to remain and form the universe we know, but we don’t yet understand how it could happen. We regard this as a gigantic puzzle. Each of us is trying to find a few pieces.”

Learning more about the strong force

The research focuses on attempting to understanding the strong force, which is one of nature’s four fundamental forces. The others are gravity, electromagnetism and the weak force. The strong force generates the vast majority of the visible mass of the universe – over 98 percent. The force binds quarks (the tiniest building blocks of matter) together in clusters to form larger particles such as protons, neutrons and other hadrons. The strong force also binds atomic nuclei together, consisting of these protons and neutrons. The massless particles that carry the force are called gluons.

Clues can be sought in various ways. Schönning has chosen to concentrate on a form of proton called a hyperon, which has a greater mass than the proton.

“Simply put, a proton consists of three quarks. In the hyperon one of the lighter quarks is replaced by a heavier one.”

Hyperons are particularly interesting because they exist in the field of energy where the strong force is hardest to understand. Greater knowledge about hyperons may therefore play a crucial part in gaining a better understanding of the strong force. 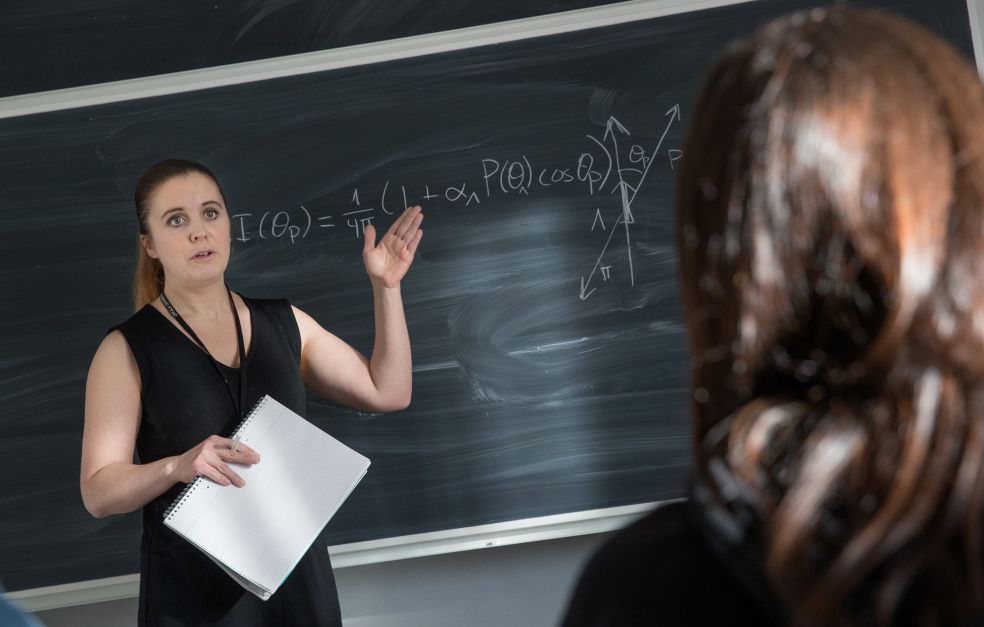 The research is being conducted at purpose-built experimental facilities. Schönning and her colleagues at Uppsala University are involved in the establishment of a new high-energy facility called PANDA at the FAIR research center in the German city of Darmstadt. The joint project is a collaboration between over 500 researchers from 17 countries, and is sometimes called a mini-CERN for nuclear physics.

“We need theoreticians to develop mathematical descriptions and experimentalists to take measurements. My role is to be something of a link between theory and experiment.”

PANDA will provide unique opportunities to study how hyperons are formed from collisions between protons and antiprotons. Hyperons are unstable and break down incredibly quickly. Their lifespan is only about 0.0000000001 (ten to the power of minus ten) seconds. When the particles decay, the researchers are looking for differences in patterns of decay between hyperons and antihyperons. The aim is to develop methods so sensitive they can reveal even minute differences.

“This is terra incognito. Right now we are concentrating on developing our own sophisticated analytical methods. We hope to be able to measure a large number of hyperons, as well as different kinds of hyperon. For the first time, it will be possible to study the polarization of hyperons that consist solely of strange quarks.” 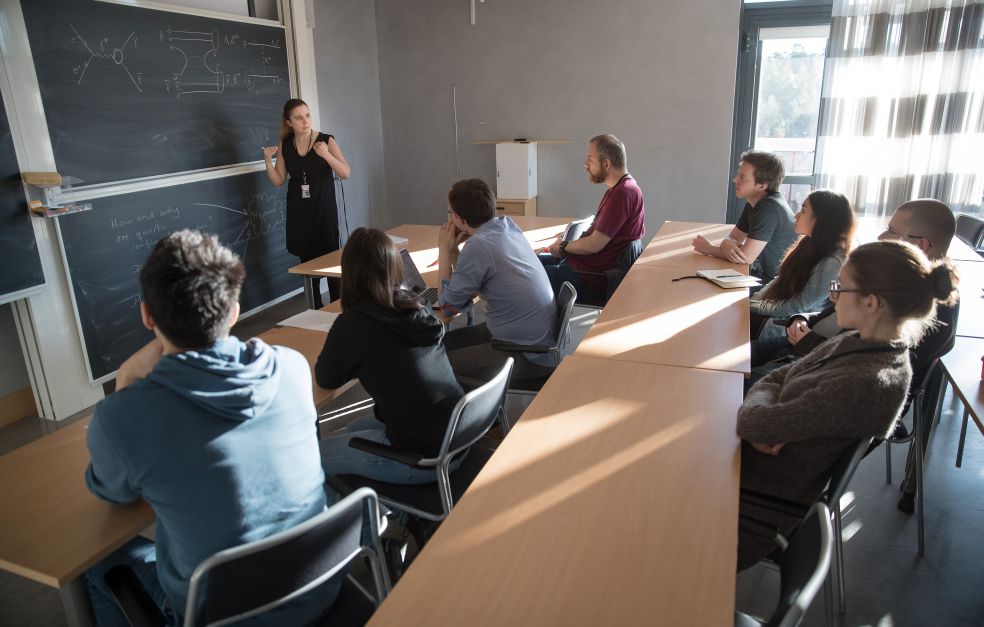 “Being admitted as a Wallenberg Academy Fellow means a great deal in terms of retaining key people and recruiting new researchers to my team. Among other things, I have been able to extend one postdoctoral position and recruit a new postdoc and two PhD students. And of course it is a great honor for me personally.”

A glimpse into the inner world of hyperons

Another part of the experimental research is being carried out at the BES-III facility in China. Researchers there are making detailed studies of the structure of hyperons, and attempting to gain an idea of their internal structure.

“It’s like seeing hyperons in cross-section, enabling us to see how the quarks are distributed and move around. Hyperons contain not only three quarks, but also something called sea quarks, which are perpetually being created and destroyed. We wonder whether some quarks like to remain motionless, while others shoot about. There are many questions to be answered,” Schönning comments.

She freely admits it is difficult to predict the practical benefits of her research. Curiosity and a desire to understand provide the main impetus.

“I love to immerse myself in research problems without having to think about what my findings will be used for one fine day. Yet existential questions hover constantly in the background, because if the laws of physics had not been as they are, we wouldn’t have had a universe, and life could not have been created. We are dealing with major existential issues.” 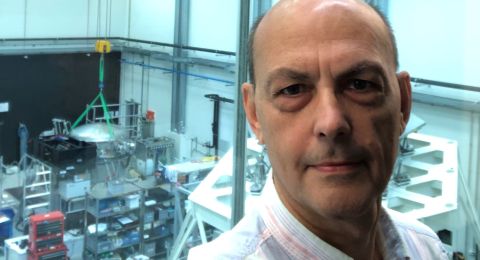 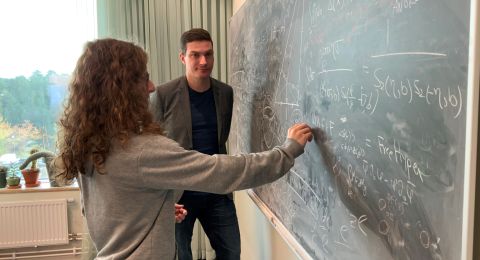 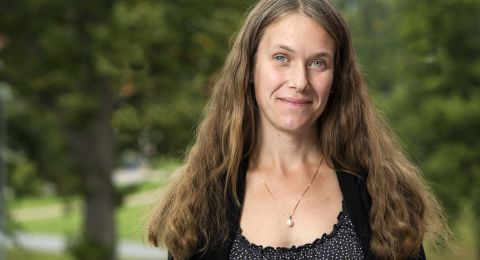