Medicine & medical technology
With one foot in the daily reality of his patients’ lives, and the other in research, Per Svenningsson wants to find new ways of diagnosing and treating Parkinson’s disease. A group of people with a hereditary version of the disease may provide important clues. 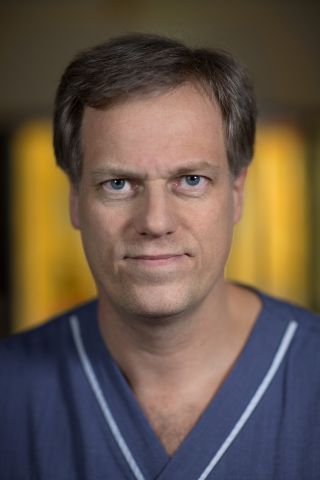 Per Svenningsson
Professor and chief physician in neurology

Research field:
Proteins central to the development of Parkinson’s disease

In a treatment room at the Parkinson’s Clinic at Karolinska University Hospital, Svenningsson, who is a professor and neurologist, is talking to research nurse Lisa Hainke. They are working together in a clinical study, in which a new drug is being tested on patients with Parkinson’s.

“There are drugs that can inhibit early-stage symptoms, particularly motor function symptoms, but we can’t slow down the progress of the disease. This new drug is a step in that direction,” Svenningsson says.

“Most people develop the disease in their sixties, more men than women, but I also meet younger patients. By the time patients arrive at the clinic, they may have had symptoms for years without seeking or receiving help.”

It often only takes Svenningsson a few seconds to see whether a patient has Parkinson’s.

“We do check for symptoms, but we also have the support of brain scans, which reveal whether the patient has reduced levels of dopamine, a neural transmitter, which plays a central role in the brain’s ability to control bodily movements.”

Parkinson’s kills the brain cells that produce dopamine. In the 1950s the Swedish scientist Arvid Carlsson showed that dopamine deficiency reduced motor activity in animal subjects. He also discovered that L-dopa, a precursor to dopamine, can alleviate symptoms. His findings revolutionized treatment of Parkinson’s.

When Carlsson received the Nobel Prize in Medicine in 2000, he shared it with U.S. scientists Eric R. Kandel and Paul Greengard, who had also made major discoveries about neural transmitters. At that time Svenningsson was a postdoc at Greengard’s laboratory at Rockefeller University in New York.

“I really enjoyed my time there. While I was researching under Paul Greengard we found a protein that plays a key role in the serotonin system in the brain. The p11 gene that codes for the protein has been particularly linked to depression. I have continued to research into this, and have recently been able to see that the protein is also strongly regulated in Parkinson’s.” 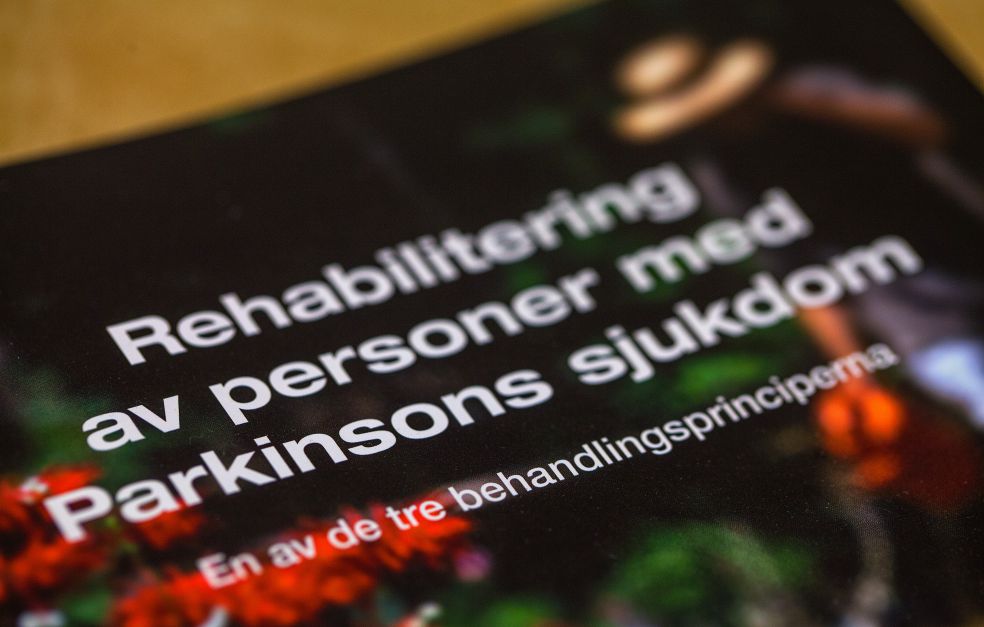 Although there is ample research in progress into Parkinson’s, in Sweden and elsewhere, there are still no therapies that strike at the basic cause – wrongly folded proteins, and protein aggregations in cells.

“Over the past few years the main culprits have been identified using advanced molecular technology. And there are now various ways in which we can combat these misfolded proteins, and the mechanisms causing proteins to clump together,” Svenningsson adds.

As a Clinical Scholar, Svenningsson is heading a five-year project funded by the Knut and Alice Wallenberg Foundation in which he is monitoring a group of individuals who have inherited a specific genetic mutation. Mutations in the GBA gene, which codes for a protein called glucocerebrosidase, have been found to carry a tenfold risk of developing Parkinson’s.

“The grant is fantastic, partly because it’s a lot of money over a long period of time, and partly because I have great freedom in how I choose to use it. This offers enormous potential for long-term research aimed at finding an inhibitor drug for Parkinson’s disease.”

One of the aims of the project is to find ways of detecting Parkinson’s at an early stage, preferably before symptoms have appeared.

“We know there are four early symptoms of Parkinson’s – an impaired sense of smell, constipation, disturbed sleep patterns, and depression, but we want to identify more factors.”

Svenningsson’s research includes a drug trial focusing solely on Parkinson’s patients who have mutations in the GBA gene.

“They are given a drug that compensates for impaired GBA function for three years. We hope it will slow down the degeneration of cells in the brain. It’s important to monitor the patients and measure their symptoms over several years to determine whether the drug really does slow down the progress of the disease.”

Research at his lab at Karolinska Institutet is also targeting SapC, a substance in the body that appears to boost the protective effect of the protein glucocerebrosidase.

“Here, we are examining whether developing drugs that stimulates SapC production offers potential as a means of treatment. And it seems as though SapC might serve as a diagnostic marker for certain forms of Parkinson’s. We’re also conducting animal studies to see whether these molecules impact the decline in dopamine production over time. 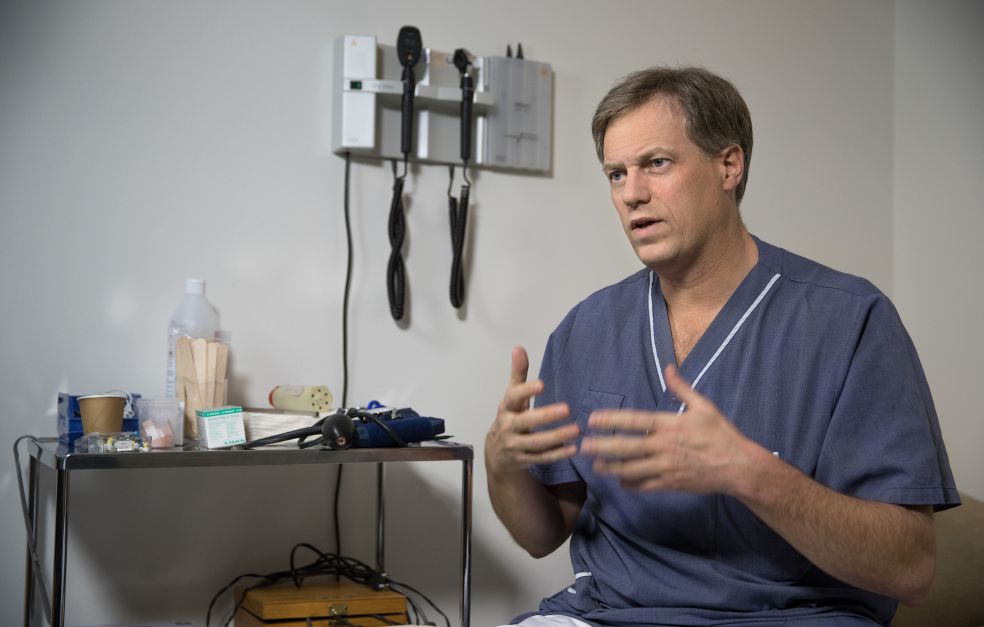 From now on, Svenningsson will be seeing his patients at the Center of Neurology, a new academic specialist center for multiple sclerosis and Parkinson’s in Solna, north of Stockholm.

“The idea is to make health care more interactive. Patients will be very much involved, both in the clinical research that is going on, and in the health care they receive. For instance, various e-health solutions will be available to enable them to assess their symptoms.”

Svenningsson finds it painful to see how patients lose their motor skills, memory, and mental capacity. He explains:

“In some cases it can go pretty quickly. If we do manage to develop an inhibitor drug, we will need to identify patients as early as possible. So it’s also important to improve our diagnostic ability.” 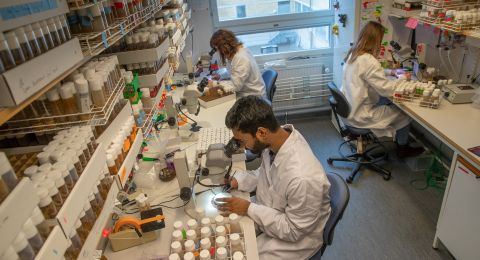 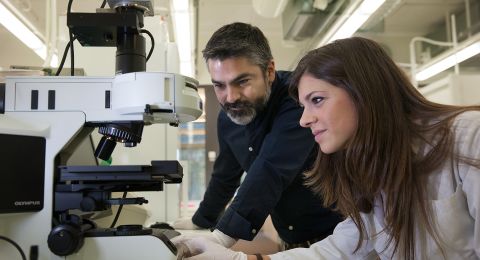 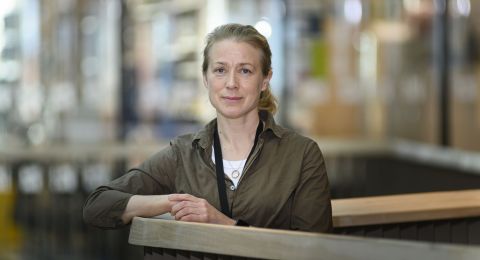 Medicine & medical technology
Taking control over the powerhouses of the cell