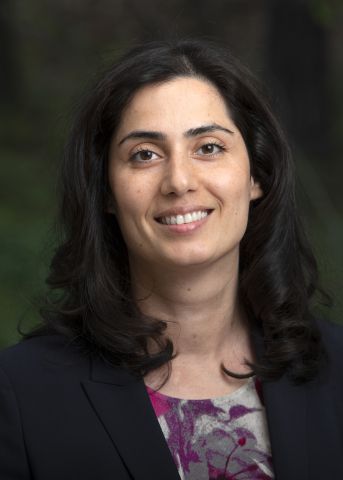 Will improve tools for computer simulations

Conducting scientific experiments is often expensive and sometimes impossible, which is why researchers are increasingly using computer simulations. Wallenberg Academy Fellow Sara Zahedi will develop a new generation of computational  models that will better simulate processes in which multiple objects have changeable shapes.

Computer simulations are used for everything from forecasting the climate and minimizing the air resistance of new vehicles, to exploring biological processes in molecular biology.

So that researchers will be able to imitate reality using computers with greater precision, Associate Professor Sara Zahedi from KTH Royal Institute of Technology is developing more powerful computational models for events in which changeable shapes or structures meet. This could, for example, be the interface between two fluids that do not mix, such as oil and water, or the airstream around a plane’s wing, the shape of which is optimized to minimize fuel consumption.