Wallenberg Center for Protein Research (WCPR), is an international protein research center focusing on studies of human proteins and production of biopharmaceuticals. 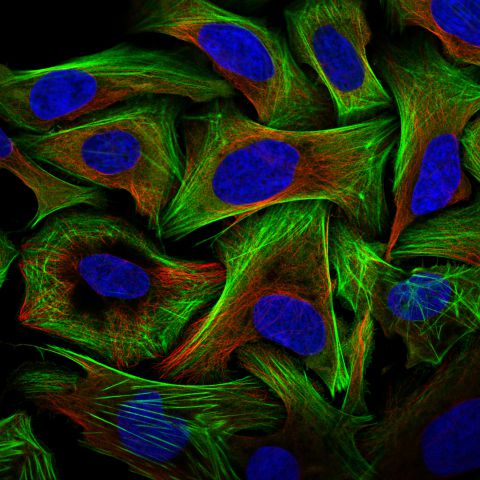 The WCPR combines basic research with the development of practical applications, particularly techniques to produce biopharmaceuticals.

Biopharmaceuticals, which are produced from the body’s own proteins, have revolutionized medicine, creating new ways to treat illnesses. One of the most widely known is insulin for the treatment of diabetes, and in recent years several biological treatments for arthritis have been created.

There are numerous types of proteins, including hormones and enzymes, but the most relevant in this context are antibodies. Rapid advances are currently being made in the development of antibodies for treating cancer and autoimmune disorders. In the future, many more illnesses are expected to be treatable with biopharmaceuticals, based primarily on antibodies. This is the focus of one of the WCPR’s programs.

The Foundation’s new investment in the WCPR can be regarded as an extension of its previous support for the life sciences. The center is largely based on the infrastructure and knowledge built up in the course of the Human Protein Atlas (HPA) project.

The WCPR is continuing the HPA’s mapping of the human proteome—all the proteins in the human body—and it includes research programs to develop cellular factories for producing biopharmaceuticals; that is, bioproduction of all the proteins made by the human body as well as new concepts for antibody therapy and systemic biology studies of proteins relevant to pharmaceutical development. The Foundation grants WCPR SEK 400 million to 2023.

Combined with the financial commitments made by the universities involved: Uppsala University, KTH Royal Institute of Technology and Chalmers University of Technology, along with AstraZeneca, a total of SEK 570 million will be invested in the centre during 2016 – 2023.