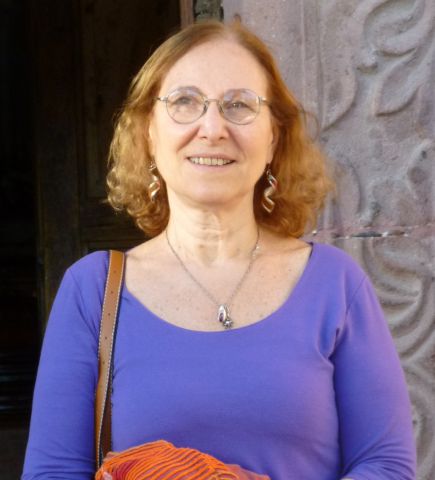 Algebraic geometry with applications in biochemistry

Alicia Dickenstein is currently professor at Universidad de Buenos Aires, Argentina. Thanks to a grant from the Knut and Alice Wallenberg Foundation, she will be a visiting professor at the Department of Mathematics, KTH Royal Institute of Technology, Stockholm, Sweden.

Alicia Dickenstein’s research focuses on fundamental problems in algebraic geometry, which has long been at the core of mathematics and which has deep and substantial connections to almost every aspect of modern mathematics. These connections include new applications in other sciences as well, including physics, chemistry, and biology.

The main goals of the project include both theoretical research and the application of computational algebraic geometry to make models of a number of different phenomena. The theoretical part will apply geometric and combinatorial methods to advance research on several open problems in algebraic geometry. The study of polytopes, which are polygons that are generalized to higher dimensions, will be of special interest.

The applied part of the project will include computer-aided geometric design, as well as the computational analysis of biochemical reaction networks. Computational algebraic geometry enables an understanding of the dynamics of central biochemical mechanisms by analyzing structures of reaction networks. This can be done without any simulation or determination of the many unknown parameters involved in the modeling.

Alicia Dickenstein is one of the most prominent researchers in algebraic geometry. Her work has links to a number of areas of pure mathematics, including complex analysis and dynamical systems, in addition to significance in several applied fields, including quantitative biology. She is vice-president of the International Mathematical Union and thus plays an important role in the global mathematical community.