The largest private financier of research in Sweden

The Foundation supports long-term, free basic research beneficial to Sweden, mainly in medicine, technology, and the natural sciences. This is achieved through long-term grants to excellent researchers and to projects. The Foundation can also initiate grants to strategic projects and scholarship programs.

In recent years, grants of almost SEK 2 billion annually have been awarded, making the Foundation one of the largest private funders of scientific research in Europe.

The Chairman of Stockholms Enskilda Bank, K. A. Wallenberg, and his wife Alice, founded Knut and Alice Wallenberg Foundation in 1917 with an initial endowment consisting of shares in SEB and Investor worth SEK 20 million. The value is equivalent to SEK 593 million in today’s value.

Even though the Foundation since 1917 has awarded over SEK 33 billion in grants, the assets have grown to SEK 213 billion, thanks to active, long-term investments.

The companies in which the Wallenberg Foundations, Investor, and FAM have ownership interests form the backbone of the Wallenberg family’s business interests. Long-term work with these international corporations — and their successes — enable the three biggest Foundations to award about SEK 2.3 billion in grants to Swedish research and education each year. 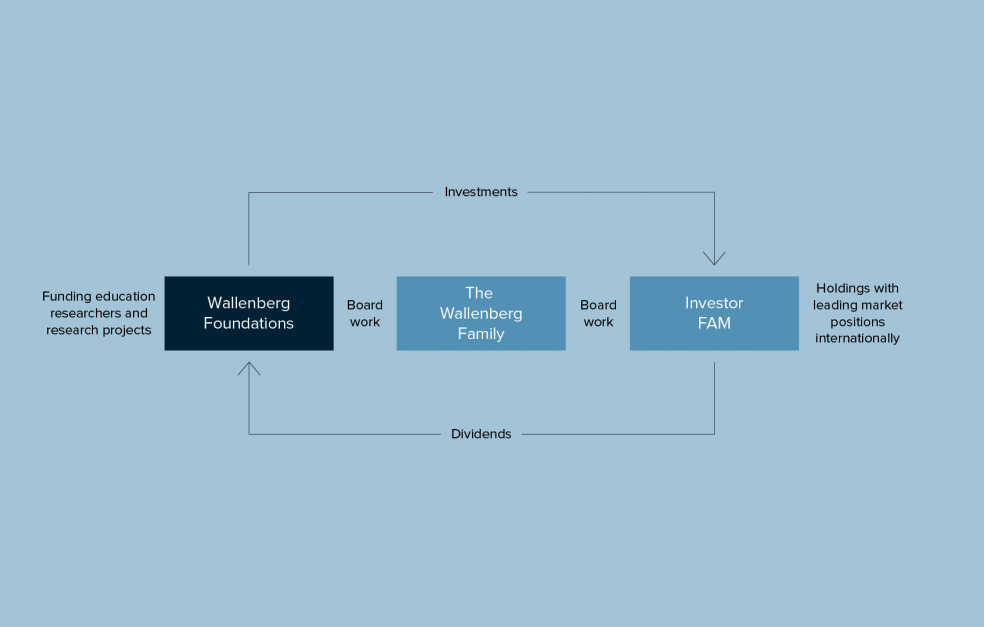 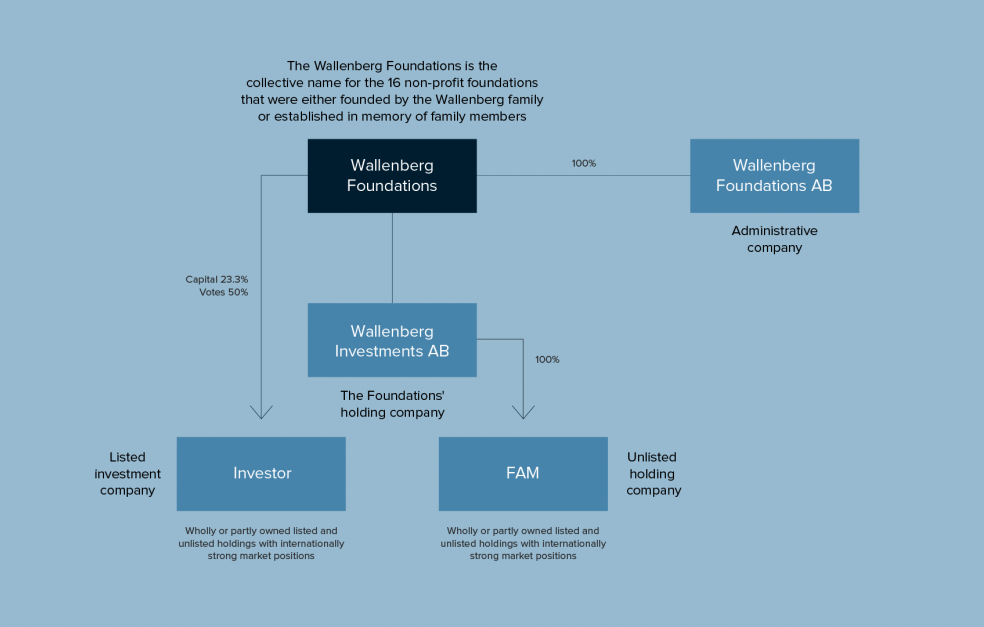 The purpose of the Foundation

The Foundation’s aim is to benefit Sweden by supporting Swedish basic research and education, mainly in medicine, technology, and the natural sciences.