Establishment of the Foundation 1917

Over the years, Knut and Alice Wallenberg had built up a sizable fortune. Even before they established the Foundation, they had financed various construction and public development projects in Sweden. Handling private donations grew more time-consuming, so the idea of setting up a foundation to handle the grants started to take shape.

The Foundation’s original endowment consisted of shares in SEB and Investor worth SEK 20 million. The value is equivalent to SEK 593 million in today’s value. Even though the Foundation until 2020 has awarded SEK 31.2 billion in grants, the assets have grown to SEK 156 billion, thanks to active, longterm investments. 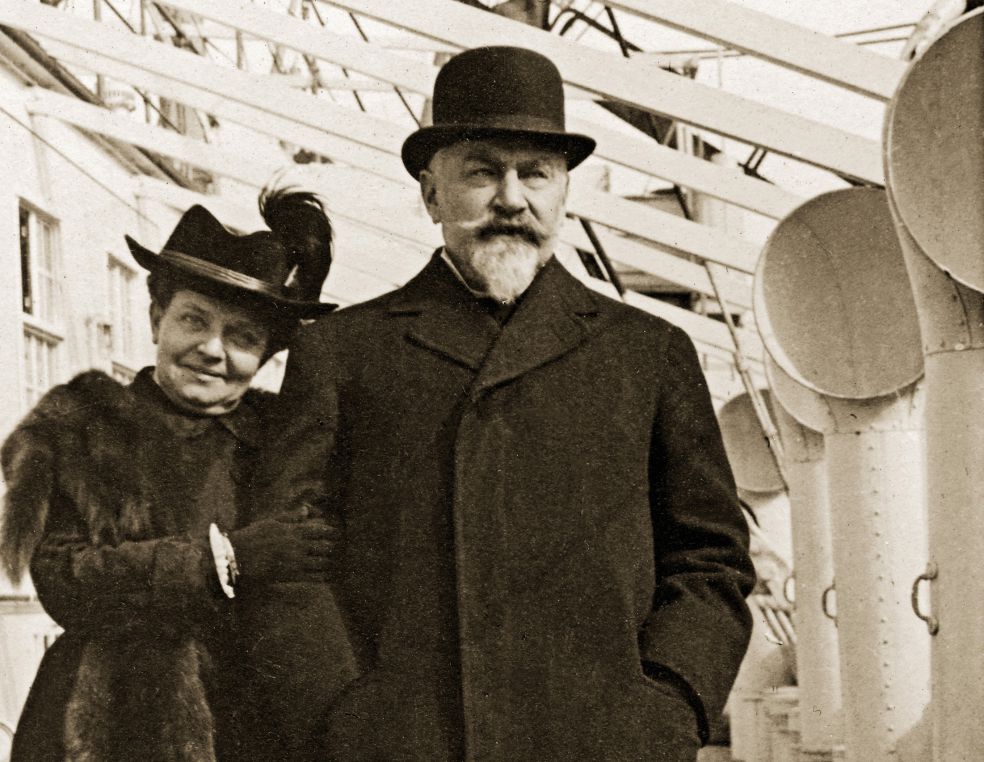 Knut and Alice Wallenberg were keen on supporting projects beneficial to Sweden, that will contribute to Swedish progress in research and education.

In the beginning the Foundation mainly funded buildings for research and education. Later advanced equipment for the research was the main grant area. In recent years, however, providing individual grants — through the Wallenberg Scholars, Wallenberg Clinical Scholars, and Wallenberg Academy Fellows programs — has become one of the Foundation’s top priorities. The Foundation also supports investigator-initiated projects of the highest international standard. 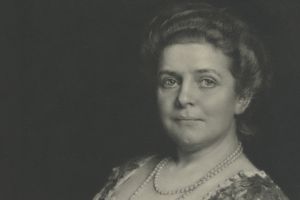 Alice Olga Constance Nickelsen (1858–1956) was born in Kristiania (the former name of Oslo), Norway. Her father, Nicolai Gottfried Nickelsen, was a Norwegian businessman, and her mother, Sophie Budde, was originally from Germany.
In the fall of 1877, she arrived in Paris and began her song studies at the Conservatoire National de Musique. The following year on January 3 she met her future husband, Knut Wallenberg, at a reception hosted by the Swedish-Norwegian military attaché. They married on October 10 that same year in the Trinity Church in Kristiania. 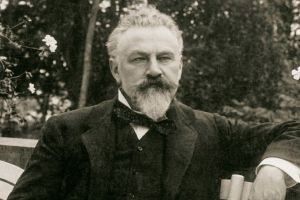 Knut Agathon Wallenberg (1853–1938) was a banker, politician, and philanthropist. After his officer training at the School of Naval Warfare, he was elected to the Board of Directors of Stockholms Enskilda Bank in 1874. When his father died in 1886, he was named president of the bank.

During his tenure as president, Knut Wallenberg strove to consolidate the bank following the crisis years of 1878–79 and established a comprehensive international network of contacts. He resigned as president in 1911 and served as chairman of the board until his death in 1938, except during the period 1914–17, when he was foreign minister of Sweden.

After Knut’s death in 1938, Alice took on a more active role in the Foundation’s work, although she never sat on the Board of Directors. She made a number of proposals concerning causes she thought the Foundation should support.

Beneficial to the nation

When, on December 19, 1917, Knut and Alice Wallenberg signed the documents establishing the foundation that would bear their name, they declared that the purpose of the Foundation would be not only to support scientific endeavors, but also to promote trade, forestry, industry, and other commercial activities in Sweden. These aims were included in the Foundation’s first bylaws, dated March 20, 1918, and remained until the the bylaws were amended 10 years later in conjunction with new legislation.

Since 1928, the Foundation’s stated purpose has been to promote scientific research and education that is beneficial to Sweden.

What does “beneficial to Sweden” mean? According to the Swedish Academy Dictionary, the Swedish-language word used in the bylaws is an archaic, poetic term that means that something is of practical use to the nation.

Research today is increasingly complex and global. Obtaining new knowledge requires collaboration between outstanding researchers, across national borders. Internationalization is a guiding principle—not just at Swedish universities, but also around the world. Exchanges between researchers, graduate students, and undergraduates are ever more important. Swedish research benefits from bringing in skills from other countries just as much as from researchers and students from Swedish universities who participate in research teams and educational settings abroad.

Today, “beneficial to Sweden” refers to what will contribute to Swedish progress in research and education. For many years, the Foundation’s primary policy has been to fund research at Swedish educational institutions to help build international centers of knowledge that enhance Swedish higher education and research efforts

The year 1917 was something of an annus horribilis for Knut Agathon Wallenberg. He had been named foreign minister in the spring of 1914 in a non-parliamentarian government, with county governor Hjalmar Hammarskjöld as prime minister. The idea was that it would quickly resolve a politically sticky question about the country’s defense. That fall the war broke out, and the government was forced to remain in power for three conflict-filled years. In his own words, Knut was stuck “wearing a straitjacket.” The war years were a strain, and after three years the government was forced out without Knut having brought the government around to his thinking about the key issue: concluding a trade agreement with the United Kingdom. He felt let down by his colleagues and by the leader of the Conservative Party, Arvid Lindman.

Knut Wallenberg was in his sixty-fifth year and quite simply exhausted. In the fall of 1917 he was bedridden for nearly a month, with a fever and severe gallbladder trouble. He personally blamed his illness on the pressures during his time as foreign minister, when he had to swallow adversity and keep his emotions in check. He had had the idea of starting a foundation in the past, but now he felt it was high time to start thinking about what would happen when he and his Alice were gone; they had no children.

At this time Knut Wallenberg was a wealthy man, one of the wealthiest in the country. For a quarter century, between 1886 and 1911, he had been the head of Stockholms Enskilda Bank and was very active in the many projects pursued by the Wallenberg family and the circle around the bank during these years. He had inherited an entrepreneurial tradition from his father André Oscar, along with his post with the bank, but it cannot be said that he inherited his fortune. He had five brothers, but he was clearly the richest of them all, and he had created his wealth himself.

With his language skills, analytical mind, and a good portion of boldness, he had established himself as one of the major organizers of capital imports to Sweden in the late 19th century. It was above all his good contacts with French banks that were key to his business profits. Furthermore, he had been a major player during the industrial transformation and exploitation of natural resources in both Sweden and Norway around the turn of the century. He had made huge investments in developing forest industries, mines, and power stations.

There were other bold entrepreneurs during these years, but most of Knut’s competitors had disappeared when their inventions fizzled and their speculations got out of hand. He, on the other hand, had seen his fortune grow, especially in the form of shares in his ever more profitable bank. By buying more and more lots, as shares were called at the time, in the bank, he had cemented it as a family bank, which it would remain until it closed its doors in 1971. But now, in 1917, his brother Marcus was running the bank, and Knut had been set aside.

Partly owing to the fact that Knut Wallenberg had become well known during the war years, the number of “begging letters” was growing. Like most other wealthy people, he supported both needy individuals and public establishments with grants and donations, but they had to be reviewed, decisions needed to be made, and answers delivered. It became more and more burdensome, and he complained: “… petitions for support for this, that, and the other are falling like a torrential fall rain that no umbrella could cope with. I am inclined to give away most of my fortune at once, in order to be left alone and to simply say no to everyone.” In other words, the creation of the Foundation was a defensive move motivated by exhaustion. But it would soon prove to be the start of a new and active period in Knut Wallenberg’s life. For two decades he would devote himself with gusto to his Foundation. This work would bring new meaning and joy to his life. Or, as he put it in a letter to Sweden’s Crown Prince Gustaf Adolf in 1937, when his Foundation had donated funding for the Swedish Institute in Rome to construct its own premises: “It may be egotistical to make donations while one is still alive but oh, what fun it is.”