Basic research about diseases such as cancer and Alzheimer’s, new sources of energy, secrets of the universe, new and environmental friendly materials, the importance and influence of genes, robotics and automation, climate changes, the origin and evolution of man, are all examples of scientific research and education beneficial to Sweden, and supported by Knut and Alice Wallenberg Foundation.

During the year six scientific Jubilee Symposia was hold in university cities throughout the country.

Göteborg, September 28
University of Gothenburg and Chalmers University of Technology
Metabolism – The Foundation of Life

The Foundation supports long-term, free basic research beneficial to Sweden, mainly in medicine, technology, and the natural sciences. This is achieved through long-term grants to excellent researchers and to projects of the highest international standard.

Knut and Alice Wallenberg Foundation has during its 100 years awarded SEK 24 billion in grants in support of excellent Swedish research and education. In recent years, grants of SEK 1.7 billion annually have been awarded, making the Foundation one of the largest private funders of scientific research in Europe.

The Foundation was established in 1917

Over the years, Knut and Alice Wallenberg had built up a sizable fortune. Even before they established the Foundation, they had financed various construction and public development projects in Sweden. Handling private donations grew more time-consuming, so the idea of setting up a foundation to handle the grants started to take shape.

The Foundation’s original endowment consisted of shares in SEB and Investor worth SEK 20 million. The value is equivalent to SEK 593 million in today’s value. Even though the Foundation during its 100 years has awarded SEK 24 billion in grants, the assets have grown to SEK 90 billion, thanks to active, longterm investments.

Knut and Alice Wallenberg were keen on supporting projects Beneficial to Sweden, that will contribute to Swedish progress in research and education. 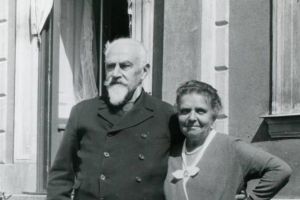 "If wealthy people only realized what a pleasure it is to be able to help our country and its people by supporting useful enterprises, then they would not hesitate to arrange for legacies to be bequeathed in their wills, which would benefit and please others. Maybe it is egotistical to give while one is still alive but oh, what fun it is."

K.A. Wallenberg, in a letter to Sweden’s Crown Prince Gustaf Adolf in 1937

In the beginning the Foundation mainly funded buildings for research and education. Later advanced equipment for the research was the main grant area. In recent years, however, providing individual grants — through the Wallenberg Scholars, Wallenberg Clinical Scholars, and Wallenberg Academy Fellows programs — has become one of the Foundation’s top priorities. The Foundation also supports investigator-initiated projects of the highest international standard.

The Foundation will during its anniversary allocate SEK 150 million to some of Sweden’s science centers. The initiative involves Visualization Center C in Norrköping, Umevatoriet in Umeå, Science Center Malmö Museer, Swedish National Museum of Science and Technology in Stockholm and Universeum in Gothenburg. 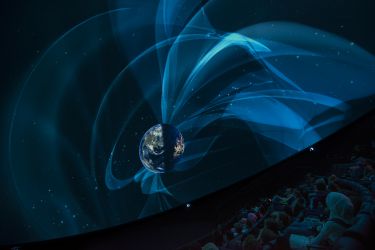 The aim is to inspire children and youngsters to discover how exciting science can be, by using the latest technology.
The country’s Science Centers serve an important purpose by presenting scientific research in a playful way that awakens curiosity. The dome environment offers a fantastic opportunity to explain complex interrelationships and phenomena in a way that is also accessible to the youngsters of today. 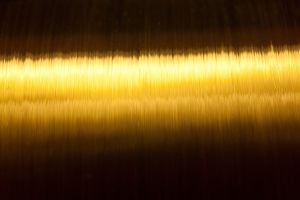 At the end of the Foundation’s anniversary in 2017 a jubilee donation in quantum technology and artificial intelligence (AI) amounting to SEK 1.6 billion was launched.

A constant aim throughout the 100-year history of the Foundation has been to fund basic research to drive the development of innovative technology that will contribute to Sweden’s long-term progress as a research and industrial nation.

The development within these two fields are predicted to have a major impact on research activities and society as a whole. Through WASP-AI and Wallenberg Centre for Quantum Technology comprehensive competence centers will be built.

Collaboration with the scientific academies

Following a resolution by the Foundation’s Board of Directors a Principals’ Council was formed in 1972. The Council consists of twelve vice-chancellors from the Swedish research universities and five representatives from the royal scientific academies. The Council appoints the auditors and one director of the Board.

The Principals’ Council is an important dialogue partner for the Foundation’s management and Board of Directors in strategic matters, including research issues and the grant-awarding process.

The Foundation has developed a strict procedure to ensure that grants are awarded to the best researchers and research projects. To support its evaluation process, the Foundation has set up a Scientific Committee, consisting of eminent members of the research community. This group performs, together with international peer reviewers, the scientific assessment of the applications received.

An advisory committee, the Scientific Advisory Board, consisting of a number of Nobel laureates produces an annual evaluation of the Foundation’s work, the quality of its internal processes, and the Foundation’s strategic orientation.

Over the years, a strict procedure has been developed to make sure grants are awarded to the best researchers and research projects.