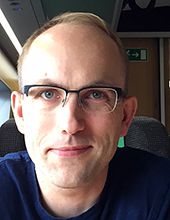 The mystery of prime numbers leads to new mathematics

Dr Anders Södergren will receive funding from Knut and Alice Wallenberg Foundation to recruit an international researcher for a postdoctoral position at the Department of Mathematical Sciences, Chalmers University of Technology and the University of Gothenburg, Sweden.

The main aim of the proposed research project is to make detailed studies of problems at the intersection of analytical number theory and arithmetic statistics, particularly the distribution of zeros to central functions within analytic number theory – the L functions.

There are billions of different L-functions, and the most famous is the archetype for all L-functions – the Riemann zeta function, which holds many secrets regarding how prime numbers are distributed among natural numbers. Most people believe that the distribution of prime numbers, which is linked to the zeta function’s zero points, is totally random. This is also stated by the famous Riemann conjecture, which has been confounding scientists for over 150 years. Nobody has yet managed to prove it and the Millennium Prize of one million dollars awaits the person who does.

Indeed, if you look at individual prime numbers, they appear to be completely randomly distributed among the natural numbers, which follows the Riemann conjecture. On the other hand, the global distribution of prime numbers follows well-defined statistical laws.
Many mathematicians are convinced that the path to proving the Riemann conjecture is through families of L-functions. Their zeros are difficult to examine individually, but it is possible to study the statistical properties of these zeros.

One way to explore the zeros of L-functions was described about twenty years ago by the Katz-Sarnak conjecture. This conjecture combines methods from algebraic geometry with the theory of random matrices, producing accurate predictions of the statistical distribution of zeros in certain families of L-functions. The hope is that this project will lead to accurate results that confirm several different elements of the Katz-Sarnak conjecture. As yet, the necessary techniques are still missing, so developing suitable tools is an important part of this project.