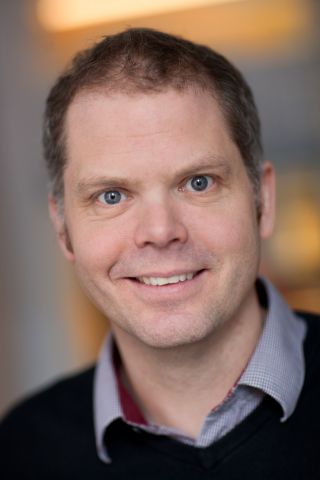 The impact of diabetes treatment on intestinal bacteria

Approximately four percent of the Swedish population lives with type 2 diabetes. A much higher proportion of obese people suffer from this condition. Fredrik Bäckhed’s research has shown that bacteria that live naturally in our intestines influence the risk both of obesity and of developing type 2 diabetes. Now he intends to study how common diabetes therapies impact the bacteria.

Bäckhed’s research on mice and humans has established a link between the microbiota, i.e. the community of intestinal bacteria, and development of conditions such as obesity, diabetes, and cardiovascular disease.

Two established therapies for type 2 diabetes are the drug metformin, and bariatric (i.e. weight loss) surgery. It is known that both therapies influence the microbiota, but we do not know how much. Bäckhed and his colleagues are working from the hypothesis that both therapies impact the intestine in a similar way, and that an altered bacterial environment can explain both positive effects, and negative ones, such as diarrhea, flatulence and nausea.

It is hoped that the study will provide new insights into the mechanisms by which the two therapies work, which are not fully understood at present. Earlier research has already revealed many examples of medicines being processed by intestinal bacteria before they are absorbed by the body, and that bacterial growth is affected by medication.

The Gothenburg research team has previously demonstrated that both metformin treatment and gastric bypass surgery increase the quantity of Proteobacteria. This suggests that the gut microbiotais changed in a similar way by the two therapies.

The current project has four goals. The first is to ascertain whether the bacterial flora plays a part in the impact of metformin treatment. This will be done by asking subjects questions about their diet and side-effects, and requesting that they provide stool samples before and after treatment.

The second objective is to compare the impact on gut microbiota of gastric bypass surgery as compared with gastric sleeve surgery. A gastric bypass diverts food past the upper section of the small intestine, whereas a gastric sleeve does not involve any surgical change in the intestine. The third part of the project is to study mice with and without intestinal bacteria to try to establish whether bacteria are essential in order for metformin and bariatric surgery to have any effect. Lastly, the project aims to show whether the outermost cell layer in the intestine, the epithelial cells, reacts in a similar way to metformin and bariatric surgery.