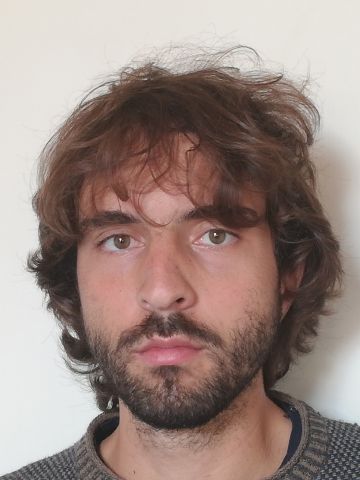 Grant to a post-doctoral position abroad

Predicting the movement of air flows

Milo Viviani received his doctoral degree in mathematics from Chalmers University of Technology in 2020. Thanks to a grant from Knut and Alice Wallenberg Foundation, he will hold a postdoctoral position with Professor Michele Benzi at the Scuola Normale Superiore, Pisa, Italy.

Predicting the weather is notoriously difficult. And the further ahead the prediction the more difficult it becomes, despite equations that describe atmospheric dynamics having existed for more than 200 years. These equations still lack general solutions and, instead, researchers must examine special cases and simplifications that may lead to a problem becoming solvable. However, thanks to powerful computers and clever algorithms, it is now possible to obtain numerical solutions that can be applied to fluid and air flows. Milo Viviani’s project deals with the development of flow models for water and air circulation on a sphere. For example, the model can predict global weather patterns on Earth, but also on other planets, such as Jupiter.

One difficulty with air flows is that their movement can quickly become unstable and form small and big vortices – the flow becomes turbulent. Turbulent flows are random, so they cannot be predicted in detail, although it is possible to calculate their statistical properties. Also, turbulence is non-linear, with small disturbances eventually leading to great changes in the flow, a characteristic that is encapsulated in the famous butterfly effect:  the wing stroke of a butterfly on one side of Earth can result in a violent storm on the other.

The fickle nature of turbulence can be captured mathematically, using various models. The ultimate objective of Viviani’s project is to combine mathematical methods with large scale numerical computations, deepening the analysis of the long-time behavior of air flows and so improving our understanding of the climate system of the Earth.