Bacteria and fungi play a key role as climate changes

Natural science
Soil microorganisms are the dark horses of climate change. Every gram of soil contains thousands of bacteria and fungi that break down dead plants and animals. They play a crucial part in the global carbon cycle. Yet little is known about the process. Field studies in Ethiopia, Abisko in the far north of Sweden, and Lund in the far south will help Johannes Rousk to understand how microorganisms are impacted by – and themselves impact – our changing climate. 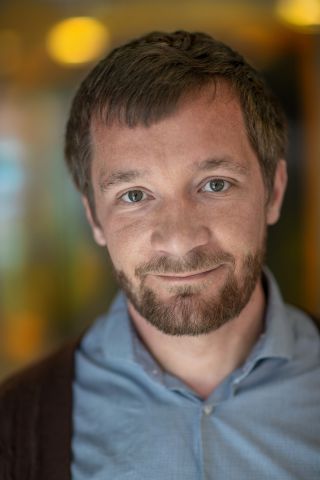 Research field:
Microorganisms in soil, their ecophysiology, and responses to environmental change

It is well known that carbon sequestration in the soil forms an essential regulator of the carbon cycle. Yet current models for absorption and emission of carbon by soil are very blunt instruments. Soil processes are incredibly complex.

“A single gram of soil contains about 10,000 species of bacteria, and hundreds of species of fungi. And there are also great differences from one place to another. If I leave the department and take two spoonfuls of soil from the ground at places a couple of hundred meters apart, the two samples can have as few as only two percent of species in common,” Rousk says.

He is based at the Department of Biology at Lund University. As a Wallenberg Academy Fellow, he is studying how the processing of carbon and nutrients by microbes is impacted by changes in their environment. Rousk intends to disturb microorganisms in situ in the soil so he can study how well they adapt, and the impact of that adaptation on carbon sequestration and other biogeochemical processes.

The work centers on field experiments that simulate the impact of climate change on established field sites in places such as Ethiopia, the U.S. east coast and Abisko in Lapland. Roofing to reduce rainfall, greenhouses and heating coils in the ground, and elevated salt levels are among the methods being used. These are all changes we can expect in a warmer climate. Rain may fall less frequently, but in greater quantities when it arrives. Drought means that crops will require more watering. This often raises soil salinity because the water used to irrigate crops is contaminated with salt in arid regions. Some of the field experiments are being led by Rousk’s research team in Lund. Others form part of other research that has been going on for decades, enabling researchers to study long-term changes. 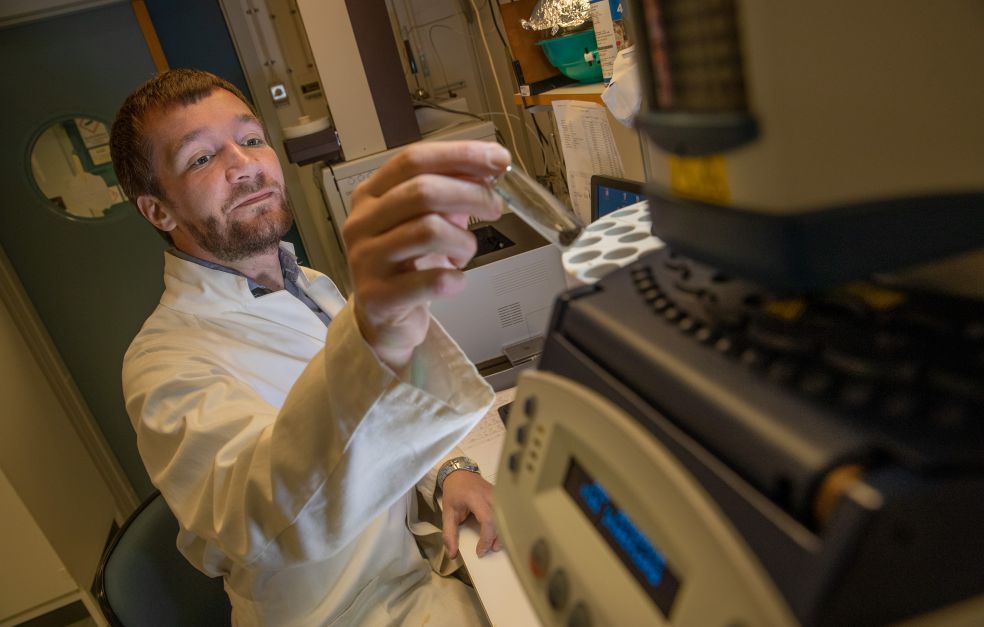 Research on microorganisms in soil has often been based on mapping the DNA of species found in different soil samples. The species that can be cultured (which is far from all of them) have then been cultured in the laboratory. Finally, researchers have attempted to weigh up the characteristics of the cultured species in order to estimate the impact in reality.

Rousk has a different approach to the problem.

“We have a highly unusual kind of top-down approach. We characterize the function of the entire microbial community in situ, instead of studying what a species does when it is cultured separately,” he explains.

Initially, they will not focus on resolving individual species in their samples. They are studying the overall change in carbon sequestration in real environments performed by whole communities acting in concert. Only when they have gathered information on a number of biomes will they characterize the species composition of the communities to identify common denominator species, or biomarkers. The aim is to see whether the behavior and performance of the communities in the samples is related to the predominance of certain species, for example, and the fact that they have adapted well to a specific environmental factor.

Rousk’s project will have many links to international research. The Earth Microbiome Project has been in progress for nearly ten years, part-funded by the U.S. government. Rousk sees a parallel with the extensive survey of global soil types carried out in the 19th century. The aim of the present project is instead to characterize microbial communities in different soil biomes. Rousk is translating the species data into functions. This enables him to borrow large amounts of database information for his own project. 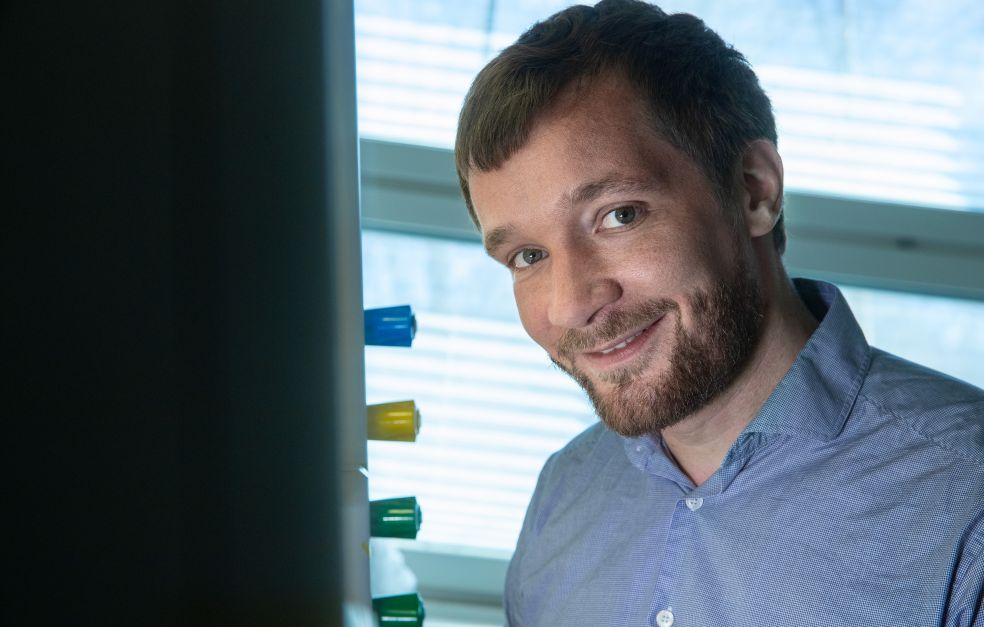 “Being chosen as a Wallenberg Academy Fellow enables me to broaden my perspective. We have been able to combine numerous individual projects on the environmental controllers of microbial processes to form a consolidated program. This is important because we can’t understand individual environmental problems in isolation – they have to be seen as a whole. This is the approach I will now be able to pursue.”

The information he produces will also help to refine climate models used by the UN Intergovernmental Panel on Climate Change (IPCC), and others.

“There are many applications for what I’m doing. But my own interest is really only the result of my unbridled curiosity. I want to see what happens!”

Rousk has an engineering degree. He believes this influences the way he views soil systems – a process-oriented approach, as he puts it. As a child he was fascinated by science fiction stories about interplanetary travel and colonization of other planets. These new worlds required self-sustaining systems in which everything was recycled, largely based on microorganisms. During his engineering studies Rousk took a year out to study advanced courses in ecology, and when it was time for his thesis internship, he chose soil ecology. He studied how corn and microbes competed for the same nutrients.

“It was incredibly stimulating. I hadn’t really come across an environment of that kind before – where you can study something in greater depth simply because you’re curious. Even if you manage to solve some problems along the way, you always end up with more question than you had to start with. It was then that I realized that research could be a job. I’m now really looking forward to devoting much of my time to hands-on research. I won’t just be sitting at a desk receiving reports – I’ll be spending most of my time in the lab and the field, running, supervising and reviewing the experiments.” 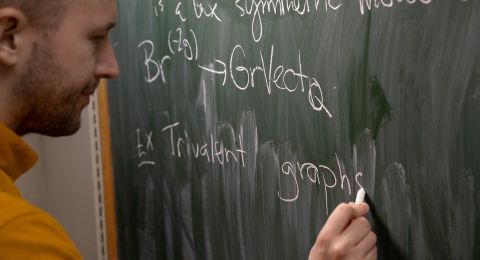 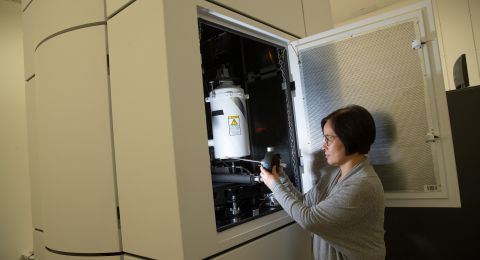 Natural science
Revolutionary close-ups of the building blocks of life 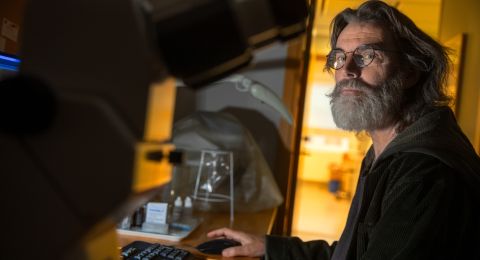