Medicine & medical technology
Each year over 600 children are born in Sweden with diseases caused by chromosome defects. Infertility and early miscarriages may also be due to chromosome damage, which usually occurs when germ cells form. Hiroki Shibuya at the University of Gothenburg is examining the factors regulating these sensitive processes.

Research field:
Molecular regulation of crossing and recombination in meiosis

Somatic cells divide to form two identical copies, in a process called mitosis. Germ cells, on the other hand, are formed by meiosis, a division resulting in four unique cells. In meiosis, the 46 chromosomes in the original cell – 23 from the mother and 23 from the father – fuse and exchange parts of their DNA with each other. This is described as pairing and recombination. After the exchange, the chromosomes are divided into daughter cells via two successive rounds of division, leaving four cells with only 23 chromosomes each. By fusing with another sex cell during fertilization, they can form a complete starter cell for a new human being, with unique chromosomes that are not exact copies of the parents’ chromosomes.

Recombination creates genetic diversity, which is biologically advantageous, but also involves a risk.

“Fetal damage and chromosome abnormalities, such as Down’s and Turner’s syndromes, are mostly caused by errors during meiosis,” Shibuya explains.

He is a Wallenberg Academy Fellow, and is studying how gene exchanges and chromosome division are controlled. The study is based on some sixty or so genes that are known to play a part in meiosis in yeast cells. Shibuya has compared the yeast genes with human genes, and found a handful of them that appear to be active in the testicles or egg cells. He has used them to develop a new method of studying the proteins that the genes produce.

“As a Wallenberg Academy Fellow, I see it as my mission to conduct good research, but also to foster young researchers who can make a future contribution to the Swedish society.”

Shibuya is using a technique called electroporation, in which an electric pulse is applied to cells to temporarily increase the permeability of the cell membrane. He introduces a fluorescent protein, designed to connect to the exact protein he wants to study during meiosis.

“This has enabled me to visualize protein localizations and identify proteins that specifically localize to the sites of recombination on the chromosomes. And one of the proteins has been found to form a complex with another protein, one that is known to protect against cancer,” Shibuya says. 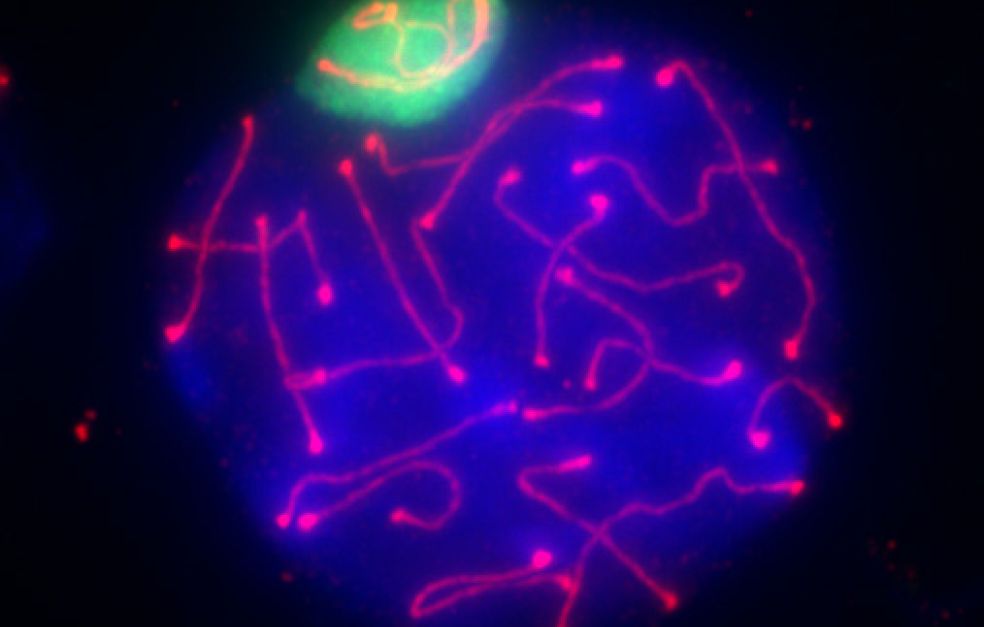 The anti-cancer protein is produced by a gene called BRCA2, sometimes referred to as the “breast cancer susceptibility gene”, since mutations in this gene greatly increase the risk of breast cancer. BRCA2 protein normally repairs breaks in the DNA strands, and helps to destroy cells with damaged DNA. When mutations occur, so that the protein cannot function properly, and the repair process does not work, cells with damaged DNA can instead develop into cancer cells.

However, breaks in DNA strands are not a problem during meiosis; they are instead necessary so that recombination can take place. BRCA2 likely helps to reconnect the strands, but exactly how it does so is not known. Shibuya is now continuing his work on mapping the complex between the newly discovered meiosis protein and BRCA2. He is collaborating with research teams in other countries, using protein crystallography to ascertain the precise structure of the complex. He is also conducting studies on mice at the laboratory in Gothenburg, where he is using genetic engineering to inactivate relevant genes one at a time to see how embryonic development is affected, and to obtain clues as to the functions of the different proteins.

Shibuya’s initial findings have already been put to use by researchers studying infertility. Scientific articles have been published about precisely these genes in some patients seeking help for childlessness.

“I’m engaged in pure scientific research. My main aim is to learn more about the processes involved in meiosis. These are sophisticated mechanisms that are fascinating to study in detail. But my findings can also be used for diagnostic purposes, and eventually perhaps also infertility treatments. Pure research often ends up having practical applications, sometimes in unexpected ways,” Shibuya says. 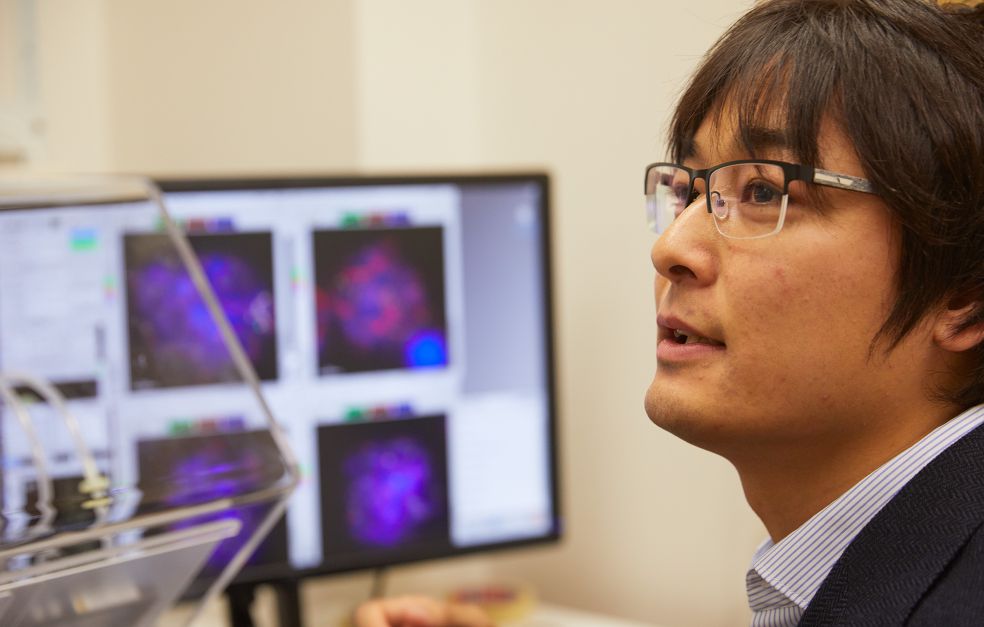 Even as a young boy, he liked to explore nature, looking for interesting insects and fossils. When he began his university studies, he first chose forestry, but in time came to realize that he was more drawn to pure research than forestry research, which is often very closely linked to industry. He became increasingly interested in molecular biology, and particularly chromosomes, which he calls the most important molecule in living organisms. His work took him from Tokyo to Harvard, and thence to Gothenburg.

“In Japan, research closely linked to clinical or industrial applications is favored and attract major funding, while pure basic research tends to be underappreciated. It is also virtually impossible for young researchers to head their own research team, due to the shortage of independent positions. Here in Sweden I have plenty of opportunities. Swedish universities and society as a whole support young researchers generously and without barriers. It feels really rare compared with other countries.” 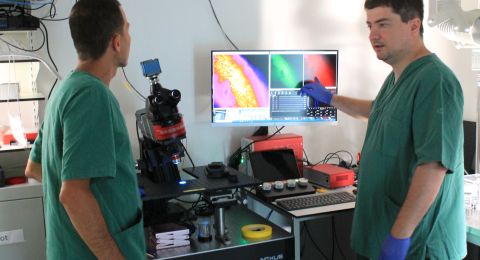