Gender equality and discrimination in the labor market, and the growth of the Sweden Democrats

Social science & humanities
Johanna Rickne is a Wallenberg Academy Fellow. She is studying some of the most controversial issues of the day, such as quotas in politics and discrimination in the labor market. But she is also identifying new factors to explain the meteoric rise of the Sweden Democrats in the polls. 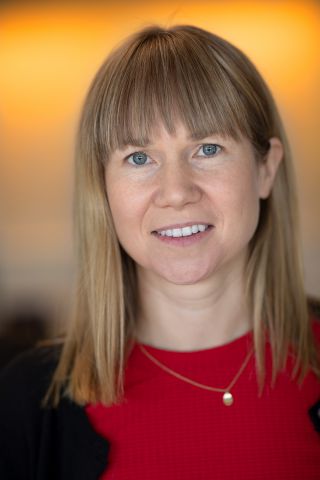 Research field:
Gender equality and discrimination in the labor market. The rise of political parties.

Rickne has an abiding and passionate interest in social issues.

“My mother has saved ‘newspaper articles’ I wrote as a child about nurses being underpaid.”

But at university she began by studying systems science, and spent her days programming software. She missed the human element, however, and changed to economics, political science and statistics.

Her work as a PhD student work focused on China’s economic system.

“It’s an authoritarian state in the process of becoming the world’s largest economy. People know a great deal about the U.S., but virtually nothing about China.”

She finds this ignorance alarming, but also stresses that researching on China is hard work:

“One problem is the quality of Chinese data, which may have been manipulated. Another is that research on China is a lonely business, at least from a Swedish point of view. There are few fellow researchers to discuss things with.”

Having completed her doctoral thesis, she was tempted to move to the great land in the east to study Chinese. But love was also blossoming on the home front. Rickne met her husband, who researches on Swedish politics, and they began to write scientific articles together.

“I have my interest in gender equality, and he brings a focus on Swedish politics.”

Impact of “the ladies’ invitation”

One area of Rickne’s research is the concept of quotas. The reason for her interest is that progress on equality between the sexes is slow, particularly when it comes to highly paid jobs in the academic world, the private sector, and politics. Studying the political arena, where reform took place some time ago, enables researchers to evaluate the effects of quotas. One example is the Social Democratic party’s “ladies’ invitation”, i.e. the principle that every other position should be occupied by a woman.

“We interviewed female Social Democratic politicians, and found out that they had called the reform ‘a crisis for male mediocrity’.”

Men had traditionally recruited each other in a network where who you knew was more important than competence. But the reforms shook the foundations of the old power structure, and many “mediocre men” were replaced.

“One concern that is sometimes mentioned is that quotas harm the meritocracy – that jobs go to the people best qualified to do them – but we concluded that if there are shortcomings in the meritocracy to start with, then quotas may result in a more, rather than less, meritocratic labor market.”

Her research is now continuing, and will be addressing issues such as problems in the work environment that may prevent gender equality in well-paid jobs.

“Here, we have clearly seen how sexual harassment increases as women begin to climb the leadership ladder within an organization.” 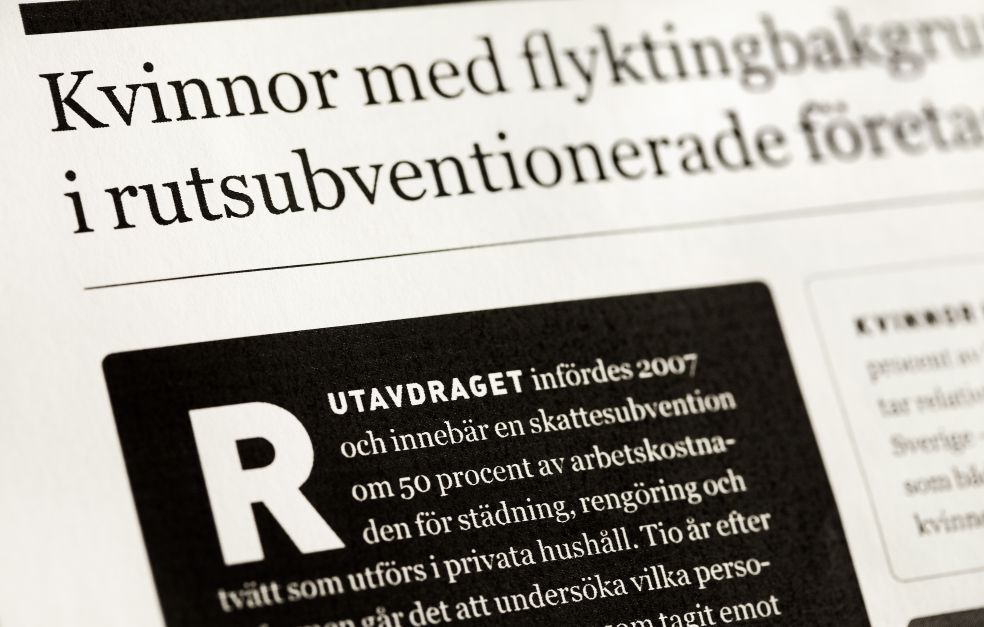 Tough for women refugees in the household services sector

Another study attracting attention focuses on women who do not manage to enter the labor market at all, e.g. those arriving in Sweden as refugees. In theory, the tax relief available for household services ought to have created a large number of “simple jobs” for these women, but this has not occurred.

“My research shows that if we create a demand for household services in Danderyd – an affluent suburb north of Stockholm – those job opportunities don’t reach refugee women in Botkyrka – a substantially less affluent suburb south of the city.”

The majority of people born abroad and working in the household services sector are instead women from other EU countries who have come to Sweden to work. An ongoing project in collaboration with household services providers will be examining the reasons for this.

“There may be discrimination on the part of customers. Perhaps some want the person who cleans their home to have a certain appearance. Another explanation might be norms among refugee families, that many of these women were housewives in their home countries. It wasn’t so very long ago that participation of women in the labor market was a foreign idea in Sweden too.” 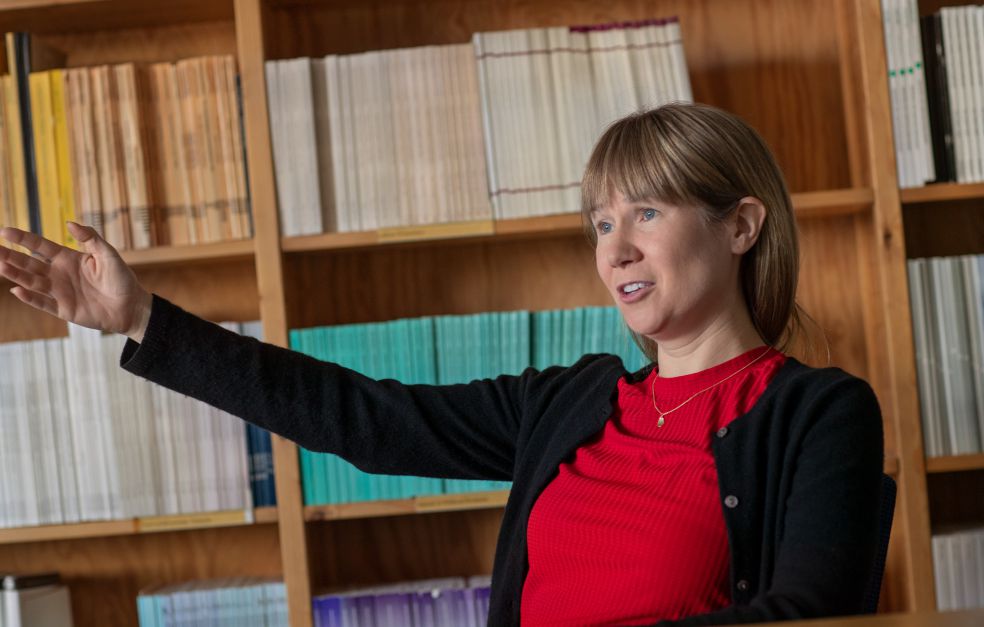 New findings on the rise of the Sweden Democrats

Rickne is keen to understand major changes in society. One of the biggest changes in Swedish society is the growth of a new popular movement. The Sweden Democrats have quickly become the third-largest party in Parliament. Rickne’s research on SD’s parliamentary candidates has revealed that certain types of people are over-represented.

“They have fallen outside the mainstream economy in various ways – they have retired early due to ill-health, are on long-term sick leave, are unemployed, don’t have a full-time job, or are working in the ‘gig’ economy. And these are precisely the people whose income has stagnated under the policy that it is better for people to do some form of paid work than to receive social welfare.”

Under the center-right government in power between 2006 and 2014, the thrust of this policy was to make it more financially rewarding to work. The financial crisis of 2008 also occurred during this period, which destabilized the labor market. Economic factors behind the rapid growth of the Sweden Democrats can thus be traced back to this period. Rickne elaborates:

“Economic inequality increased for a number of years. Lower taxes on earned income were financed by cuts in various welfare payments for the unemployed. A gap of 20 percentage points opened up between the disposable income of those in work and the unemployed. In that situation a slogan such as ‘cut immigration to restore the welfare state’ can really hit home.”

Rickne has no shortage of projects she wants to get off the ground, and Sweden offers great potential thanks to the unique availability of microdata. The grant from Knut and Alice Wallenberg Foundation also gives her the freedom to develop her research.

“My interest has become my profession. It’s like that Mark Twain quote – “find a job you enjoy doing, and you will never have to work a day in your life’.” 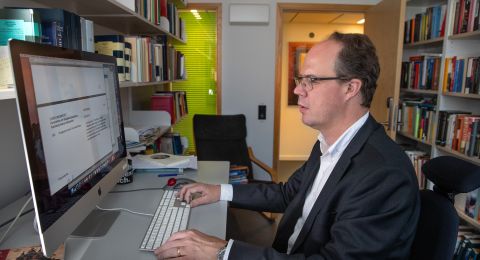 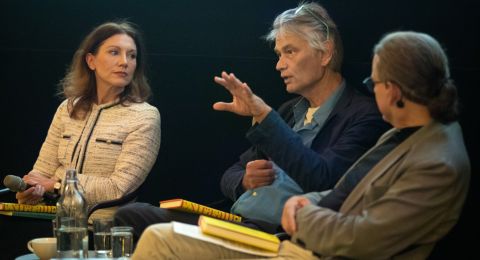 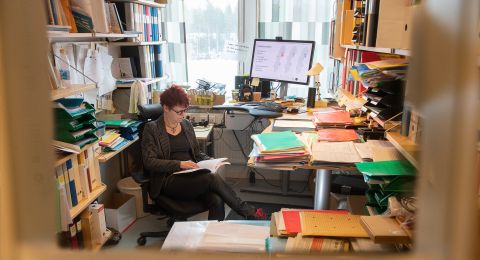