Natural science
Billions of years of evolution are behind the ingenious protein machinery in nature’s cells, which captures and converts energy. Ville Kaila is conducting a detailed study of the structure and function of the proteins to learn more about the energy conversion process. That knowledge may eventually result in therapies for diseases where the powerhouses of the cells fall short. 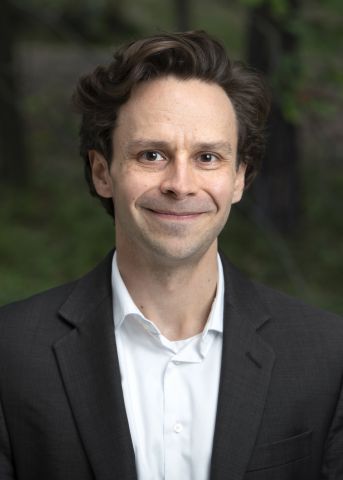 All living things, be they human beings or bacteria, are enormously complex. To live and maintain all their functions they need energy. In plant cells, solar energy is captured by chloroplasts and converted into chemical energy by photosynthesis. In human cells, energy is extracted from food by cell respiration in the mitochondria – the powerhouses of the cells.

Kaila, who is a professor of biochemistry at Stockholm University, is getting down to atomic level to examine how the cell machinery captures and converts energy.

“Our focus is to understand how proteins that catalyze chemical reactions – enzymes – work. We also want to build artificial enzymes with the same function. Our research combines tools from chemistry, physics and biology. We are also using computational science and computer simulations, along with biochemical experiments. The synergy between disciplines and methods is an enormously stimulating and important part of our work.”

The team is conducting basic research, but the work they are doing in the lab may also lead to applications in chemistry and biomedicine. Kaila explains:

“We want to understand fundamental biochemical principles in biological life. But these are energy-capturing molecules, so an understanding may also contribute to the development of sustainable energy technologies, for instance. And if we can learn more about how catalysis takes place in nature, it will also add to our understanding of the cause of certain diseases, and their potential cure. There are many diseases involving defective energy metabolism in our cells.”

In the cell membrane

When Kaila was offered a professorship at Stockholm University in 2019 he was working at Munich University of Technology in Germany. Thanks to the grant from Knut and Alice Wallenberg Foundation, his entire research team was able to move to Sweden. He is originally from Finland, where he studied as an undergraduate, before going on to receive a PhD in biochemistry.

“It is a mark of quality and an honor to be chosen as a Wallenberg Academy Fellow. We’re dreaming big, and some of what we’re doing would not have been possible without research funding of this kind.”

“I’m a Swedish-speaking Finn, so it felt a bit like coming home. Without this grant it wouldn’t have been possible to move to Sweden, transferring all the knowledge we developed in Munich and pursuing our research here.”

The enzymes Kaila is studying are bound to the cell membranes. There they catalyze the transport of electrons and protons. He explains that electrons from the food we eat go through these proteins, creating an electric charge across the cell membrane, like a battery. The charge can be used to run various processes in the cell, such as cell growth and metabolism.

“Understanding how these elementary particles move in biological systems is incredibly important if we are to understand cell function.” 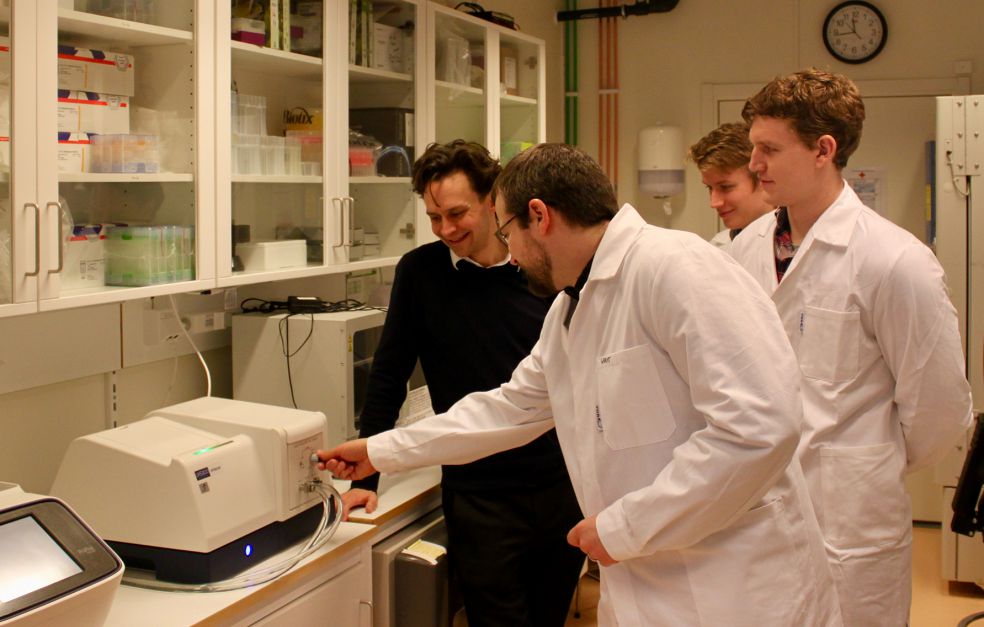 The research team is involved in an international collaboration that recently made an interesting discovery. It concerns an enzyme called complex I, which is found in various organisms with different functions. It was already known that complex I initiates the cell respiration process in the mitochondria. But the scientists also found photosynthetic cell machinery rooted several billion years back in time.

“It’s a really interesting protein. In early 2020 we found the atomic structure for a variant of complex I photosynthesis in cyanobacteria. They use the enzyme to concentrate carbon dioxide from the atmosphere, and then go on to produce biomass,” Kaila says.

Knowledge about complex I provides new clues about how photosynthesis, which is essential for life on Earth, works at atomic level. The research team’s studies of the mitochondrial variants of the enzyme may add to our understanding of diseases potentially caused by damage to complex I.

Building their own enzymes

The placement of the atoms in the protein molecules is being studied using a Nobel Prize-winning technique: cryoelectron microscopy, in which biomolecules are examined at temperatures below −100 °C.

“This is the first step in understanding the mechanisms in nature. Our challenge is to understand how the atomic structure gives rise to the enzymes’ catalytic function in chemical terms. This will require a time-resolved image of the proteins and the chemical process.” 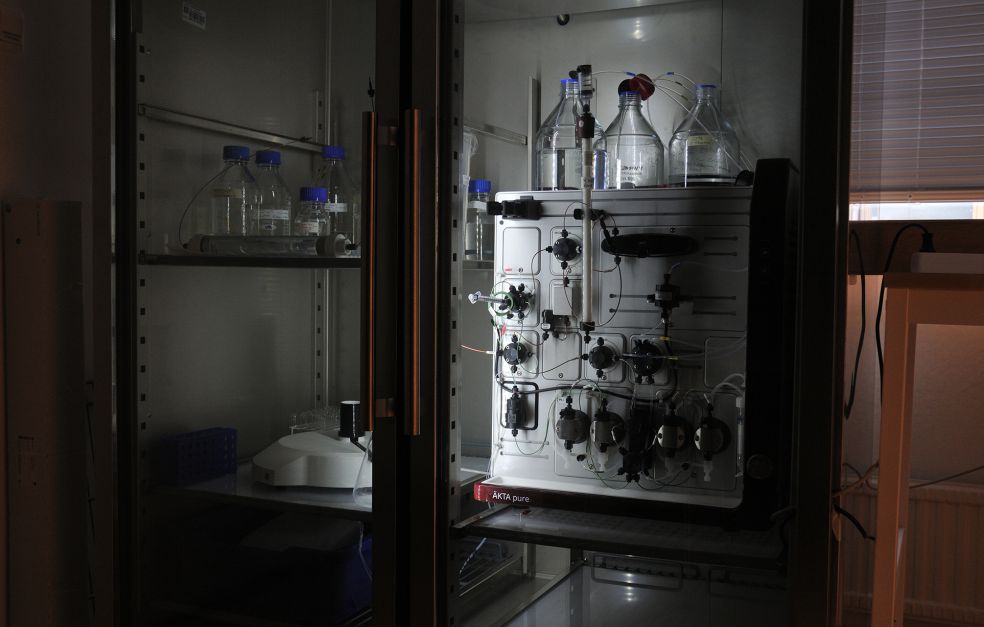 This is no easy task, given the small size of the molecules. Kaila is using classical physics and quantum mechanical principles to predict how they work.

“We’re using large computational models and supercomputers to try to compute our way to a time-resolved image. We will then test the predictions experimentally in our biochemistry lab. This will enable us to examine the relationship between the atomic structure of the enzymes and their biological activity.”

­“The aim over the next few years is to arrive at some general principles of function. It would also be fantastic if we managed to build enzymes that resemble their natural counterparts, at least to some extent. It’s taken billions of years to develop these systems, so of course it’s a major challenge. But I think we have every prospect of making it work,” Kaila says. 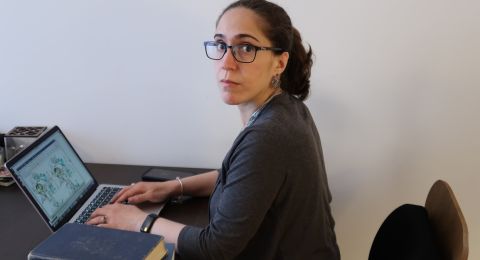 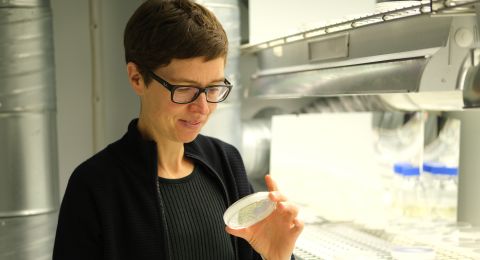 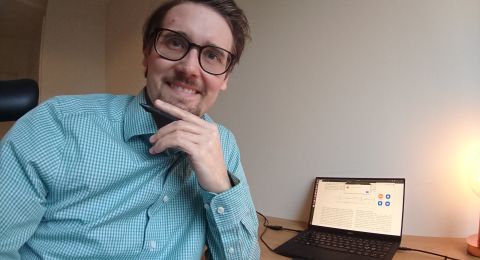