Artificial intelligence (AI) and autonomous systems are expected to usher in a fourth industrial revolution, sometimes referred to as Industry 4.0. Wallenberg AI, Autonomous Systems and Software Program – WASP – is an initiative to promote intensive research in these two fields. 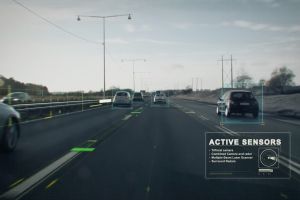 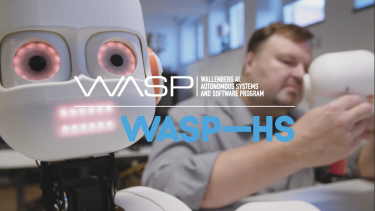 Simply put, WASP researchers are using complex software systems to develop autonomous systems and AI in vehicles, robots and other systems so they can operate autonomously and interact with each other and with people. But there is much more to the program.

WASP also involves research that can be used to create smart systems in cities, systems controlling vehicles and traffic systems, autonomous mines and warehouses, smart robots capable of seeing and understanding their surroundings. Another area is data-driven AI and advanced mathematics that can be used to interpret, analyze and present large quantities of data, potentially resulting in analytical and decision support for doctors, lawyers, bankers and financial systems, for example, or perhaps automatic translation software.

The Program is Sweden’s single largest private research initiative ever. The aim is to put Sweden at the international forefront in this field. The Foundation’s financial commitment totals SEK 4.9 billion in the period to 2031. Together with co-funding from the universities involved and Swedish industrial groups, the entire initiative is worth SEK 6.2 billion.

A key element of the program is establishment of a platform for academic research and education that can interact with Swedish industry. This is founded on a clear knowledge building process aimed at future challenges facing industry. One example is the graduate school, which is run in collaboration with Swedish companies.Infrastructure such as demonstration platforms and national demonstration arenas are other features of the joint program.

The aim is to recruit up to 80-100 new research teams, and 600 PhD students, of whom at least 150 should be sponsored by industry, with a view to establishing an internationally leading environment in the field of autonomous systems, software and AI.

In 2017 the program, which launched in 2015, saw additional jubilee funding for a broader AI initiative, with two main themes. The first concerns machine and deep learning, and the next generation AI. The second is about fundamental mathematical principles underlying AI. But robotics and visual recognition are also involved.

Notwithstanding the industrial collaboration, the focal point is basic research. The program involves Chalmers University of Technology, KTH Royal Institute of Technology, Linköping, Lund and Umeå universities, as well as research teams at other institutions of higher education.

The initiative also includes an international recruitment program, and establishment of demonstrator arenas where research and private enterprise can meet in specific projects. The aim is to build up a solid knowledge platform that will enable Swedish industry to remain competitive, and be right at the cutting edge.

One example is WARA PS, public safety, north of Västervik. A planned test scenario is a sea search and rescue initiative in which autonomous boats and drones will collaborate with each other and make autonomous decisions.

Through the Marianne and Marcus Wallenberg Foundation, the Wallenberg Foundations are investing up to SEK 660 million in WASP-Humanity and Society, WASP-HS. First and foremost, the WASP-HS program will analyze potential ethical, economic, labor market, social and legal aspects of the technology transition.

The WASP-HS program is planned to run 2019 – 2028 and will form an independent and parallel program to WASP, while maintaining a close dialogue with the WASP program. WASP-HS includes the following components: