Life Sciences – the science of all living things

The life sciences can be defined as the science of all living things. They deal with research into how living organisms function, interact, and affect their surroundings. Biology and medicine are two major disciplines, but research within the life sciences is highly interdisciplinary, involving scientists from various fields such as technology, chemistry, physics, materials sciences, and pharmacology 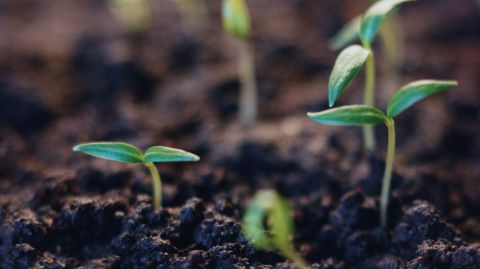 Research results have applications particularly in healthcare— in the development of pharmaceuticals, medical diagnostics, disease prevention, and therapeutic treatments— but also in veterinary medicine, plant science, and biotechnology. The life sciences also play increasingly sophisticated roles in industries such as forestry, paper and pulp manufacturing, and the food industry. In basic life science research, various model organisms— such as fruit flies, worms, and yeast—are used together with exploratory technologies like genomics, proteomics, and metabolomics, integrated with advanced methods for analyzing massive datasets, to understand how organisms function on molecular to systemic levels.

Researchers have justified hopes that their studies of model organisms will provide foundations for understanding how other organisms function.

Today’s rapid technological progress enables basic science to study complex biological processes increasingly efficiently. For example, both the costs of sequencing organisms’ genomes and the time requirements are shrinking with each passing year.

The ever larger quantities of data generated by research in the life sciences provide new opportunities to extract information, but they also demand substantial resources and new expertise in statistics, bioinformatics, and large-scale data analysis—often referred to as “big data.” These developments bring increasing demands for national and even international laboratories with access to advanced computing power.

In 2014, the Foundation made a strategic decision to target additional major investment toward the life sciences. The foundation then allocated just over SEK 2.5 billion for the period 2014–2026. Sweden has long been a world leader in this field, but a number of countries have made huge investments, enabling them to catch up with or even surpass Swedish research.

One aspect of the new commitment to the life sciences is the Wallenberg Clinical Scholars program, a five-year initiative that enables 25 of Sweden’s leading clinical researchers to focus on research and disseminate their results to other practitioners, while maintaining contact with patients in their role as clinicians.

Another part of the program provides support for career positions in the newly established centers for molecular medicine at Gothenburg, Lund, Umeå, and Linköping universities. These centers are being set up as counterparts to the government-run SciLifeLab, which has sites in Stockholm and Uppsala. Together with the Swedish government, the Foundation is the largest funder of SciLifeLab, which will serve as a source of technical support for Swedish researchers in the field.

In the autumn of 2020, the Foundation once again made a powerful investment with an additional SEK 3.7 billion until 2032, where the emphasis is on data-driven life science with SEK 3.1 billion. In other words, the foundation has for many years granted grants in the area and has in many ways been involved in developing Sweden into a prominent life science nation.

The Knut and Alice Wallenberg Foundation has a long-term perspective, which is well expressed in the field of life sciences. When the targeted investment ends in 2032, the Foundation - through grants for equipment, national infrastructure but also project and individual grants - has been operational in the area's development for more than 30 years.