Medicine & medical technology
It is well known that when a blood transfusion is given, the donor and the recipient must have compatible blood groups. Less well known is that the ABO system is only the first categorization. There are several hundred blood groups, and new ones are still being discovered. One of the scientists involved is Martin L. Olsson in Lund. 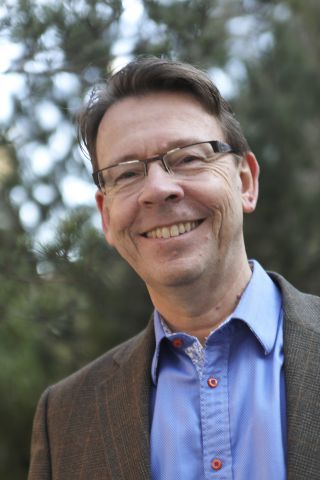 Research field:
Blood groups and their role in transfusion, infection and hemostasis

The Swedish medical sector uses about 400,000 bags of donated blood every year. Donor and recipient must be matched on each occasion to avoid the risk of an immune system reaction. The outer surfaces of red blood cells bear numerous proteins and carbohydrates that differ from one person to another. Blood from someone with a different surface structure may cause the immune system to attack the blood cells, potentially resulting in shivering, fever and kidney damage. In the worst case the reaction may be fatal.

Olsson is a Wallenberg Clinical Scholar, Consultant for Region Skåne in the south of Sweden and Professor of Transfusion Medicine at Lund University. Much of his work is concerned with making even better blood matches. If a patient has antibodies against many different surface structures, it may be difficult.

“Finding a donor whose blood the patient is able to accept can be an exacting task indeed. But it’s also really satisfying when we find a precise match.”

If no match is found, a request can be circulated to other hospitals in the country. If that does not suffice, the doctors turn to the International Blood Group Reference Laboratory in Bristol, England, which hosts a database on rare blood types throughout the world. Its response might be that there are two potential donors in Osaka and one in Washington. But sometimes no suitable blood can be found. The patient has an unknown blood group.

One of Olsson’s research projects involves mapping unknown blood types. He and his fellow researchers are comparing unmatched cases from laboratories around the world, searching for more samples with similar profiles. Their work has resulted in new blood group systems.

“The hypothesis is that everyone with an unusual blood group has a broken gene. The body is then unable to produce a given protein, or synthesizes one that has lost its function.”

This means that the person reacts to a blood protein that almost everyone else has. With knowledge of the gene variant involved it is possible to design a genetic test to identify the tiny proportion of donors that can donate blood to the patient in question. 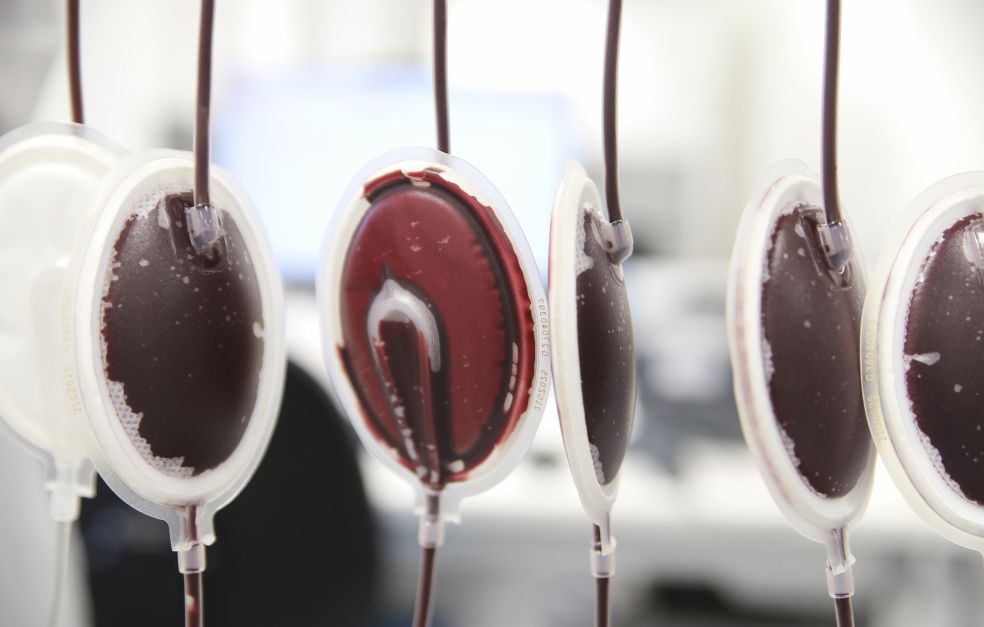 “The extension of the grant is truly recognition that we’re doing something important and breaking new ground. We can now build on our earlier discoveries and move towards practical applications in the medical sector.”

Olsson thinks the next step is just as exciting: the researchers are starting to unravel the function of the defective protein. Patients have been shown to manage without it. But what is its function in other people?

His team recently succeeded in characterizing “the rarest blood group in the world,” which has been named MAM. It is only known from ten families worldwide. They all have genetic mutations causing them to lack a protein that plays a part in the production of blood itself. Olsson has been culturing red blood cells from stem cells and studying factors impacting the process. When his PhD student cultured blood from MAM patients, more than the normal amount was produced. Some five times as many red blood cells were formed. The missing protein thus seems to act as a kind of brake pedal for blood production.

“The gene codes for a protein that suppresses blood formation in some way, which is an important function, since the body needs to produce exactly the right amount of blood,” Olsson explains.

His team is now attempting to map the mechanism. This may enable scientists to develop therapies for high or low blood counts. It may also serve as a tool for culturing blood for transfusions. Many laboratories are experimenting with this, but it is very costly.

“A single blood bag contains more than a trillion cells. That’s an awful lot if we’re talking about cell culturing. At present a bag of cultured blood costs as much as SEK 50,000, whereas a bag of donated blood costs about SEK 1,000. There is no question of replacing all donated blood in Sweden, but it might be an idea for certain uncommon blood groups that are hard to find.”

Decades to find a solution

Olsson is also endeavoring to develop a “universal blood” that is suitable for any patient. He is researching the potential role of red blood cells in blood clot formation, and ascertaining correlations between blood groups and the risk of developing various diseases. In parallel with his research, he works clinically – heading the Nordic Reference Laboratory for blood groups, based in Lund. The laboratory helps hospitals throughout the Nordic region and elsewhere in their search for rare blood groups.

“I need to ensure that we have the most up-to-date methods so we can help all the others. We are the last resort, when all else has failed. For me as a doctor, the patient is in the test tube. My clinical work shows me what we’re still unable to do – the gaps in our knowledge and methods that research needs to fill.” 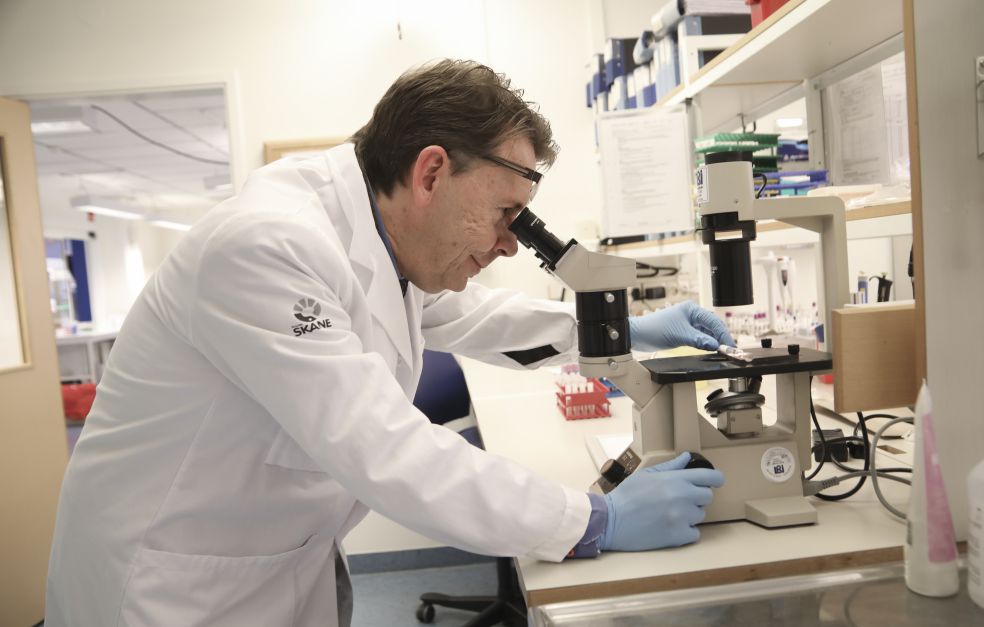 Olsson has always been fascinated by the immune system, and began working at a blood center during his medical studies. He still finds his job enormously stimulating.

“The feeling of always having unsolved problems to deal with – maybe that’s the most enjoyable part of my work. The first time we found a patient with the blood group we now call MAM was in 1994. So I’ve been thinking about it for 27 years, and now we’ve finally found a solution. It’s a great feeling.” 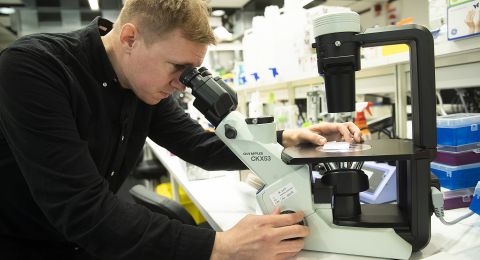 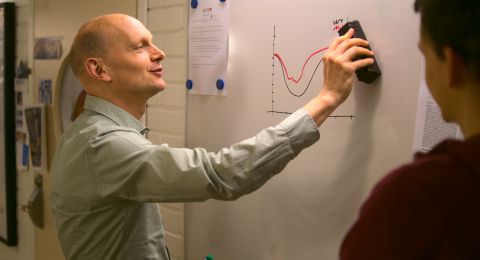 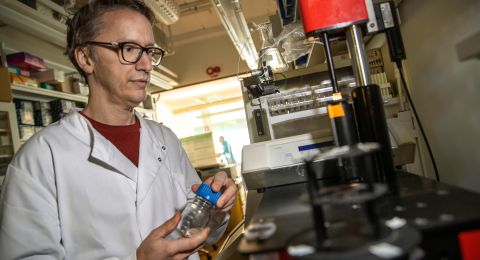