The forces behind protein folding

Natural science
Gunnar von Heijne is driven mainly by curiosity. An extended Scholar grant is now enabling him to pursue new leads in his research into the structure and folding of proteins. 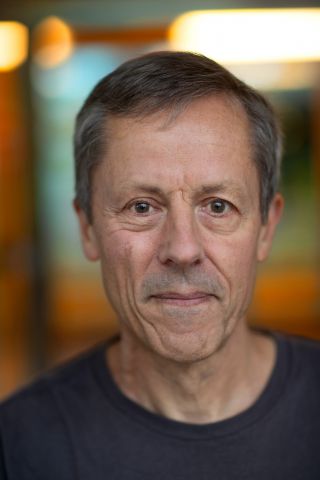 Proteins consist of long chains of amino acids that are assembled in the cell protein factories – the ribosomes. The order in which amino acids are added to the chain is determined by our DNA. When the chain then folds, the protein acquires its predetermined function.

But if something goes wrong, the proteins may instead form clumps. These misfolded proteins are thought to be the cause of numerous diseases, such as Alzheimer’s, Parkinson’s and certain forms of cancer.

Over the past fifty years researchers have tried to understand what controls the folding process.

“We now know a fair amount about how the chain of amino acids must be designed in order to fold into given structures. But it is only over the past few years that methods have been developed to study the folding process while the protein is actually being synthesized,” von Heijne says.

von Heijne’s method is based on regulating the synthesis of the protein chain using specific amino acid sequences, known as “arrest peptides”. These were discovered about fifteen years ago, and have the ability to anchor themselves in the ribosome to arrest production of a protein.

“We can see when each individual protein begins to fold. We see exactly how far through the ribosome the protein has to go before it can fold.”

Gunnar von Heijne and his colleagues developed the method primarily to study membrane-bound proteins, but they found that it worked just as well for water-soluble proteins. And thanks to the Scholar grant, they were able to take the time to adapt the method for that application. 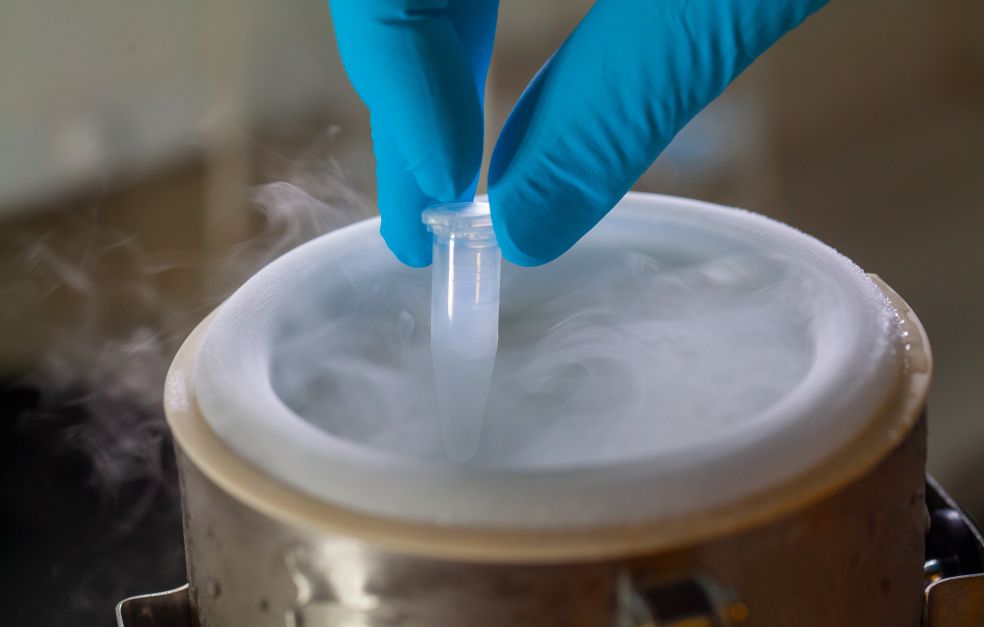 “It also turned out to be a little simpler, technically speaking, while offering a new angle of approach in this field. We will now be turning our attention to membrane-bound proteins once again. There is still much to learn about both soluble and membrane proteins,” he says.

Gunnar von Heijne has spent much of his life as a researcher studying membrane-bound proteins. Statistical methods that he developed earlier in his career have helped researchers throughout the world to gain a better understanding of how membrane proteins integrate with the cell membrane. Now the new method has the potential to aid further progress.

“So far we have focused on the point at which folding begins, but I also think that the shape of the force curve itself may provide more information about the folding process than is currently available.”

During a stint at Rockefeller University in New York 2013 von Heijne could see the strides that had been made in the field of cryogenic electron microscopy. The scientists who developed the technique were awarded in the Nobel Prize in Physics in 2017. Among other things, the technique can be used to produce three-dimensional images of protein structures. With the help of funding from Knut and Alice Wallenberg Foundation in 2014, he saw to it that cryogenic electron microscopy came to Sweden – to SciLifeLab in Solna, north of Stockholm.

The microscope is now being used 24/7 as a national resource by some fifty research teams in Sweden. Demand far exceeds supply – each user is only allowed 24- or 48-hours’ access to the microscope once every three months.

Another microscope is currently being packed into crates for shipment at the factory in the Netherlands, destined for SciLifeLab.

“It’s exciting to be involved once again. When I was asked to start up the facility in 2014, it also marked the beginning of our own use of the technique as a complement to our biochemical studies of protein folding.”

In 2015 cryogenic electron microscopy enabled him for the first time to show an image of a protein folding while still inside the ribosome. Scientists already knew that free proteins fold, but this insight was new.

“It was a really pleasing way to use the microscope – and it confirmed the findings from our biochemical experiments. The technique enables us to see with our own eyes what we are attempting to establish using biochemical methods,” von Heijne explains. 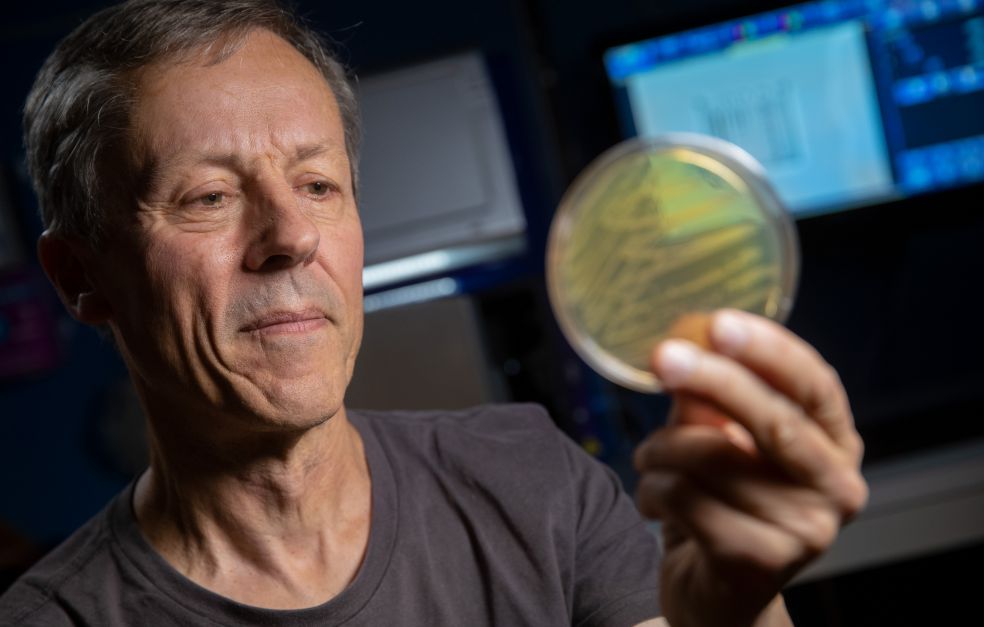 Started as a journalist

The extended Scholar grant enables von Heijne to continue to cultivate his curiosity.

“The grant gives me the opportunity to continue my research at this level, with sufficient resources, until I am 73–74 years old. That is wonderful, and would not have been possible otherwise.”

“The Scholar grant enables us to follow up unexpected discoveries we chance upon. It made it possible to broaden the use of our method to examine more proteins.”

He began his working life with one foot in journalism and the other in research. Having worked as a postdoc in the U.S. for a while, he spent some years dividing his time between research and working part-time as a science correspondent for the Swedish national radio company.

“It was an enjoyable time, with a good news desk and lots of people. But the two professions were also diametrically opposed. As a journalist you have very tight deadlines. As a researcher you might work on an article for years.”

When the time came to choose, his desire to get to the bottom of things triumphed over the journalist’s constant need to simplify. Moreover, scientific articles have a much longer life than individual radio reports.

“Basically, the items I did for radio were forgotten immediately they had been broadcast,” he says, laughing.

Taking membrane protein research to the next level 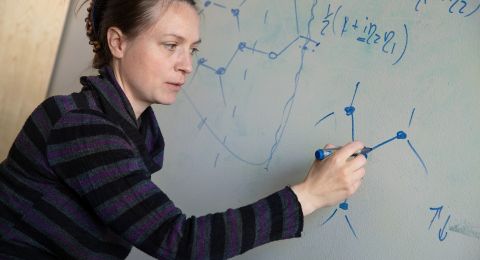 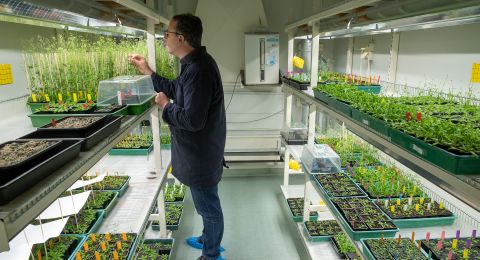 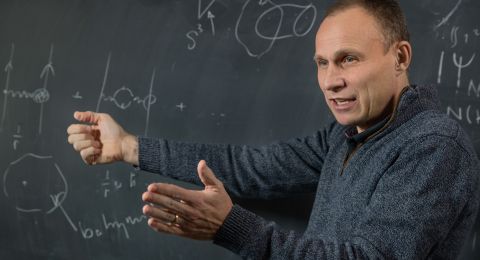