Medicine & medical technology
2014 saw the birth of the first child by a woman with a transplanted womb (uterus). Mats Brännström performed the transplant, which hit the headlines across the world. He has been chosen as a Wallenberg Clinical Scholar, and is now developing the technique and examining the possibility of creating a womb from stem cells. 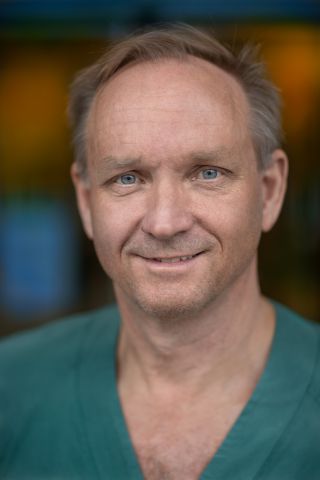 Mats Brännström
Chief physician and Professor in Obstetrics and Gynecology

Brännström was working in Australia in the 1990s when he was first asked “wouldn’t it be possible to transplant a womb?” The person asking the question was a young female cancer patient who had had to undergo a hysterectomy.

Brännström was taken unawares. He had never pondered the idea, but he did not dismiss it. It turned out that research on uterus transplants had been carried out as far back as the 1960s, as a means of replacing blocked fallopian tubes. Instead of merely transplanting healthy fallopian tubes, researchers considered transplanting the whole uterus as well.

They had only got as far as animal studies when the first successful test tube baby was born.

“The main group of potential patients disappeared at a stroke. IVF was a highly effective treatment, and of course much simpler than a transplant. So research was discontinued,” Brännström says.

When he returned to Sahlgrenska University Hospital in 1999 he began to study womb transplants in animals. As time went by he realized he was not alone. U.S. researchers were making similar studies, and the first human uterine transplant was performed in Saudi Arabia in 2000 (although no child resulted). But the lion’s share of the research had been carried out by Brännström’s team, and in 2012 they performed the first transplant in Sweden.

The woman who received the womb now has two children, and Mats’ team has performed a further 20 transplants. In total 14 children have been born worldwide following transplants made using the Sahlgrenska method.

“I was delighted to be chosen as a Wallenberg Clinical Scholar. When I began working in this field, everyone thought I was nuts – why didn’t I pursue a career researching in my traditional field, ovarian physiology? The award is very much a mark of quality, showing that our project is producing good, solid work. The funding also means I’ll be able to recruit more researchers.”

Way back when he was studying to qualify as a doctor Brännström began his research, mostly as a sideline to try out research and teaching as an amanuensis – a position for teachers and researchers who are themselves still studying. At the time he listened with wonderment to older researchers, who spoke of their projects with real passion.

“‘Don’t they have lives?’ I thought. But I’m one of them now,” Brännström says, chuckling.

Nowadays he combines research and teaching with traveling across the globe to give lectures and to collaborate with other researchers. He spends about 20 percent of his time on clinical work involving transplants and IVF.

“Many professors of my age have stopped doing clinical work. But I enjoy it – I don’t want to give it up all together.” 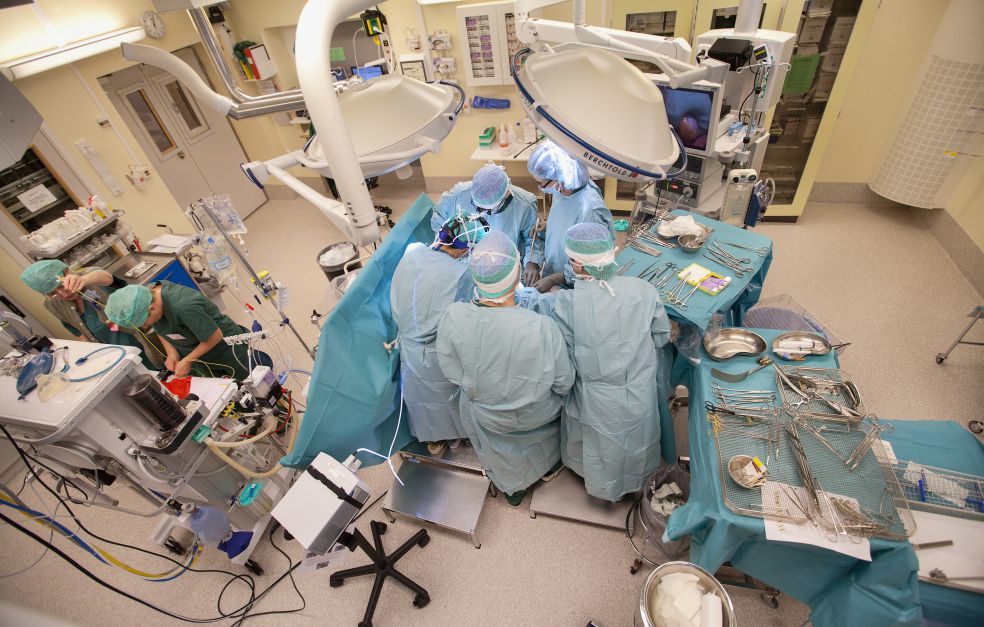 Transplanting a womb is a tricky business. It is connected to numerous blood vessels and occupies a confined space in the pelvis. It is difficult for surgeons to see what they are doing because their own hands get in the way, and it is hard both to remove the uterus from the donor and to place it in the recipient. For this reason, Brännström has begun using a surgical robot fitted with a camera. In his role as a Wallenberg Clinical Scholar he will be refining the technique.

“There are huge advantages in using the robot. We can see deep inside the patient’s abdomen, with powerful magnification, and using extremely high-precision instruments.”

So far, Brännström has only tried robot surgery on donors. The aim has been to reduce bleeding, recovery time and operation time. The first aims were achieved, but the operation time is the same. Yet Brännström remains hopeful:

“That’s how it is at first when robots are used – it takes a while before time-saving benefits are achieved.”

Another research project involves evaluating the long-term effects of the transplants. The physical and mental development of children born from donated uteri is monitored. Questionnaires will also be used to enable donors, mothers and their partners to evaluate their own physical and mental health.

“After all, it’s not just about transplanting an organ – it’s very much a change in quality of life,” Brännström says.

Another of his aims is to establish an international quality register for uterus transplants. All procedures will be entered in the register to facilitate future monitoring. Brännström is working to garner support for the idea among researchers around the world. 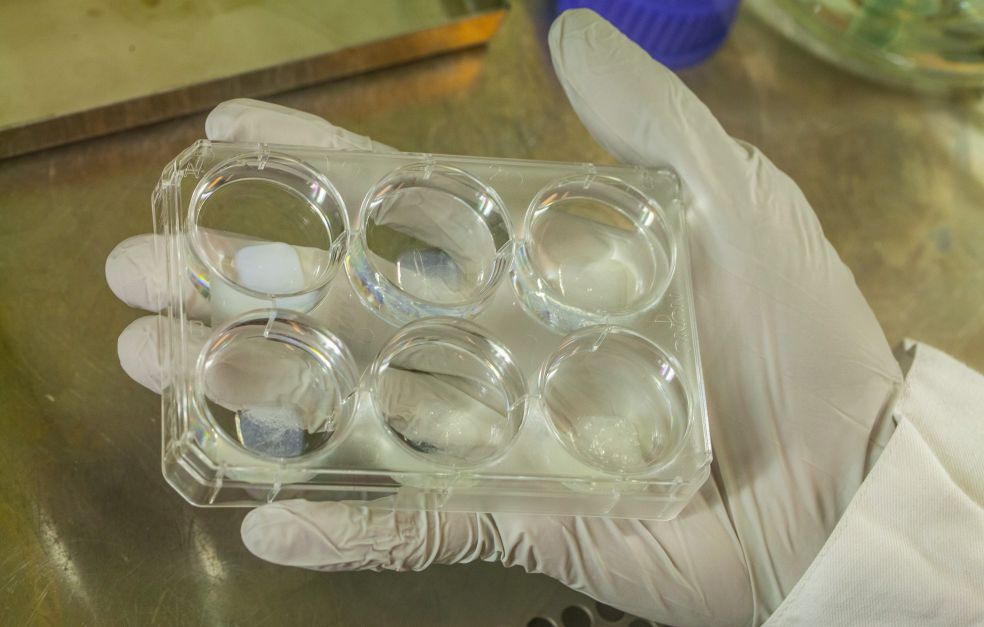 Ultimately, he hopes to create uteri from stem cells. Research in this field to date has been confined to rats and sheep. All cells are removed from the donor’s womb, leaving only connective tissue behind. The donated tissue is then repopulated using stems cells from the recipient. The aim is to build a uterus that the recipient’s body treats as its own, so that immunosuppressant drugs are not needed. So far, Brännström has managed to surgically insert parts of such tissue into a rat’s womb, and the recipients are able to bear young. But the new tissue does not yet behave in exactly in the same way as the rat’s own tissue.

“It’s going to take a long time to create a completely new organ, but it’s not just about that. If, for example, cysts have been surgically removed or a number of C-sections have been performed, pieces of tissue may be needed to repair the womb. Maybe in ten years’ time we’ll be able to make good quality human tissue in this way.” 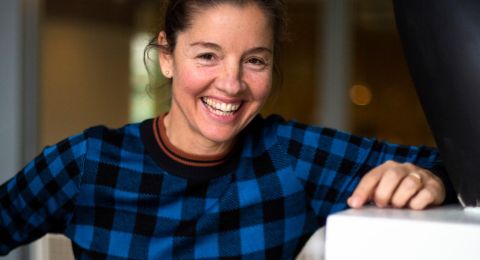 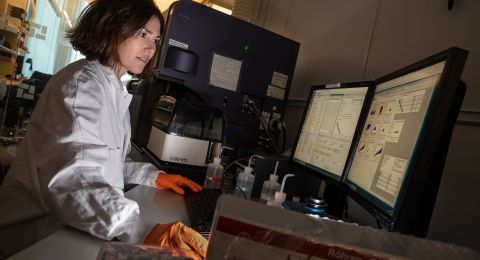 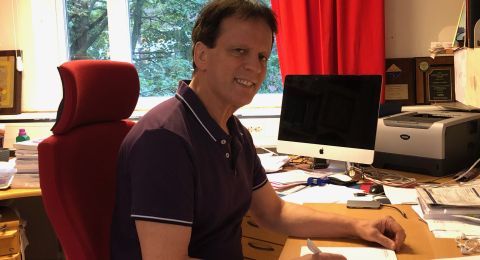