Natural science
Just like people, the body’s cells are often faced with choices when growing up. The researchers in this project want to find out how stem cells decide to become mature cells, e.g. a brain cell or an immune cell. They are using a special technique to help them track individual cells from embryo to maturity. Their work could lead to major medical benefits. 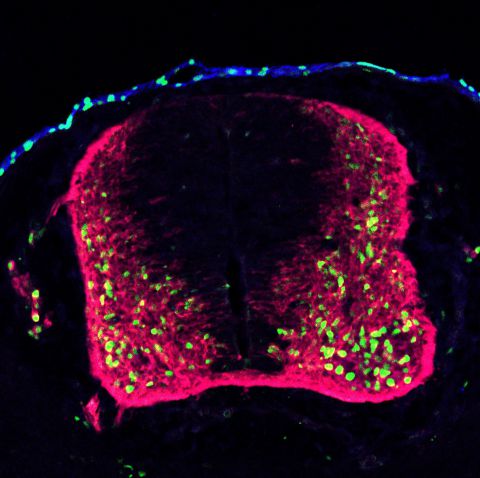 A team of researchers at Karolinska Institutet are investigating what induces stem cells to decide at different points in their existence to become a specific type of cell, and also what can induce a mature cell in some situations, such as disease, to be converted into another cell type.

Emma Andersson is a developmental biologist, and is heading the project. Her team has developed a technique that enables them to label stem cells in mouse embryos, and monitor them at different times: as embryos, after the mouse has been born, and when it is an adult.

“This offers completely new opportunities to answer fundamental questions about our biology,” she says.

Stem cell researchers have long discussed how to modify mouse embryos in order to monitor individual cell development. Andersson’s team is the first in the world to have succeeded in doing so for the nervous system, using a technique that requires fewer mice.

A bar code for each cell

The basic idea is to inject fluorescent signals and a virus into the amniotic fluid of pregnant mice. The virus carries a DNA sequence – a biological bar code that gives the cell a unique I.D.

“We incorporate a piece of DNA in each cell, giving it a unique identity marker. This enables us to track the stem cells throughout their development.”

Andersson first heard about the technique at a lecture given by Elaine Fuchs, a renowned American stem cell biologist. She later visited her laboratory in New York to learn more. 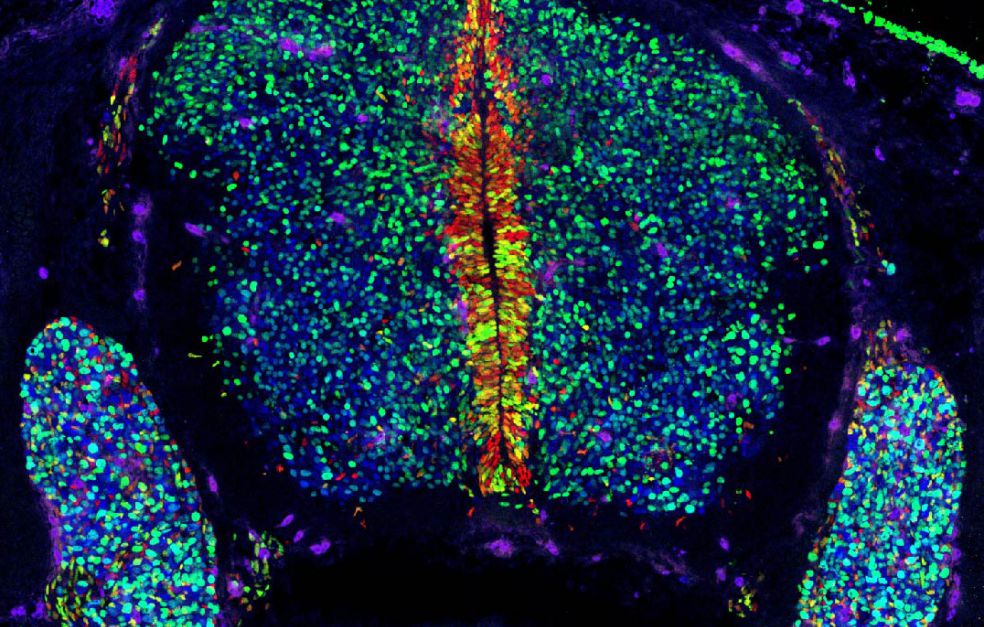 Both mice and humans look like a leaf during early embryonic stages. The upper side of the “leaf” is in contact with the amniotic fluid, and here lie the cells that will eventually become our nervous system and our skin. The tiny leaf later curls up, and the brain ends up on the inside, while the skin stays on the outside.

After seven years’ painstaking work, the technique is now sufficiently robust to be used in a major research project.

“We can now reach over 95 percent of brain cells using this technique. We can also reach cells in the spine, and over 80 percent of cells in the ‘neural crest’, as it is known. And we are optimizing the technique so it will work in other parts of the body, like the immune system.”

The researchers are tracing stem cells during their development into mature cell types. The cells are collected at different points, after which the individual bar codes can be read and the cells identified.

“This enables us to figure out who is related to whom, and how closely they are related. We can ascertain whether a cell is the origin of just two cells or maybe several hundred, and we can piece together a ‘family tree’ for the mature cells”.

Advantages of the technique include its speed and flexibility. Also, far fewer animal experiments are needed. Mouse models are a necessary part of medical research, but breeding mice to test various genetic mutations is expensive and time-consuming.

“Now we can go from an idea to a ready mouse model in just a few weeks. And we don’t need to produce an entire colony – a single mouse can give us a thousand times more answers than is currently the case.”

There are several demanding aspects to the project.

“We have to be good at handling mice, and performing microsurgery on embryos that are so small as to be almost invisible. And when we collect cells and carry out RNA sequencing, we have to be quick in dealing with the cells, so they remain in good condition.” 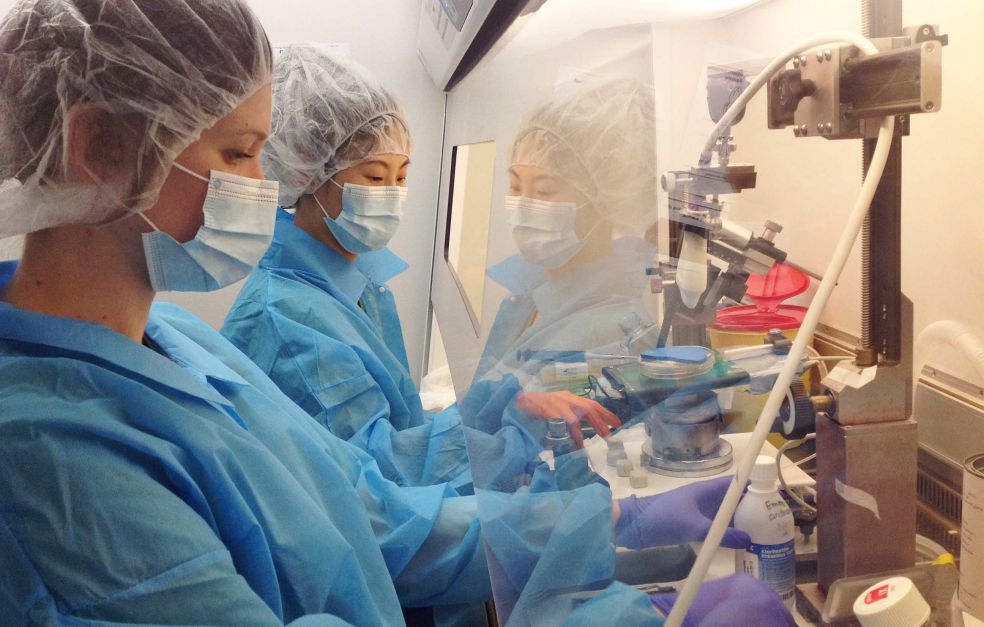 The project also generates large quantities of data that must be analyzed. Everything is based on collaboration between experts in developmental biology and neuroscience, hepatic biology, immunology, physiology and bioinformatics.

“It’s wonderful to have been entrusted to lead a consortium made up of so many leading researchers. But we would never have been able to carry out such an ambitious project without the funding provided by Knut and Alice Wallenberg Foundation.”

The research offers future potential for new medical treatments. One vision is to be able to induce cells to behave in a desired way.

“We might be able to help the brain to restore lost neurons, or induce the immune system to choose to produce more cells as needed to fight off an infection.”

Andersson’s team is working on a rare children’s disease called Alagille syndrome. Affected children are born without bile ducts in the liver. Some recover as their bile duct system can spontaneously regrow; other children become so ill they need a liver transplant.

It is now hoped that animal models and new insights into cell development will enable the researchers to identify the factors controlling the progress of this disease or leading to spontaneous recovery.

“Eventually we may learn how to kick-start restoration of liver cells so that children can avoid the need to undergo a transplant. That’s one of my big dreams,” Andersson says. 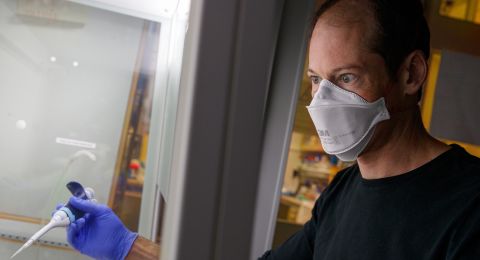 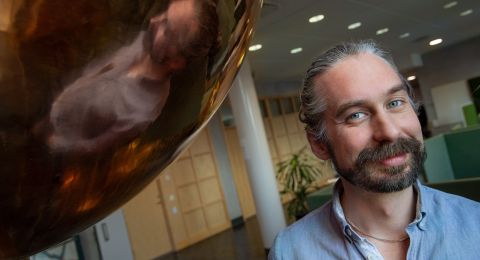