Natural science
Dan Petersen is enlisting the help of geometry to find solutions to complicated mathematical equations and problems. He has been chosen as a Wallenberg Academy Fellow, and is now researching into “moduli spaces of Riemann surfaces” – two-dimensional surfaces that play a key role in mathematics and physics. 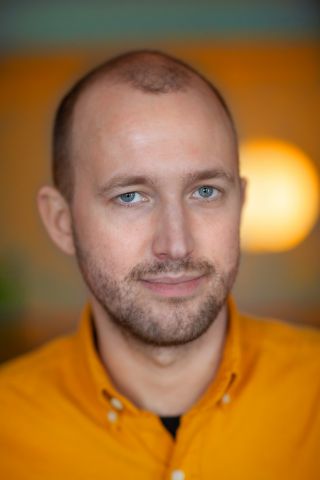 To the uninitiated, Petersen’s research might appear abstract and difficult to comprehend.

“It’s true that I’ve tried on various occasions, at parties for instance, to explain to non-mathematicians what it is that I do. But to be honest, I’ve never really succeeded,” he says, laughing.

The drapes in Petersen’s office are drawn so he can ponder without distractions. When he works on his own he uses only paper and pen.

“Often I don’t even write anything that looks like mathematics – I might just doodle. But I still need to have paper and pen at the ready. In discussions with colleagues, however, you need a black or a white board to draw on. It’s incredibly difficult to explain your thought processes and put them into words when talking to other people.”

There are two kinds of mathematical research: applied and pure mathematics. Petersen elaborates:

“In pure mathematics, which is what I do, the aim is to understand something that is a natural mathematical question to which we don’t know the answer. There are loads of these questions that still remain unanswered. In applied math, it’s more a question of finding something that can be of use. But history has often shown that discoveries in the field of pure math have ultimately led to applications outside the question that was studied.”

Petersen explains that these days almost all branches of pure mathematics involve algebraic geometry. The field assumed a central role in mathematical research in the early 1950s, thanks to Alexander Grothendieck, a French mathematician.

“His interpretation of what it means to solve an equation was very abstract. An equation can be almost anything, and a geometrical approach can be used to solve a wide variety of mathematical problems. This has been found to be very helpful.”

Petersen’s interest in mathematics was awakened during his studies for a degree in engineering physics at KTH Royal Institute of Technology.

“We had the option of taking courses in more advanced mathematics, which I really enjoyed. I liked assignments where you had to prove something – it was more like a jigsaw puzzle than mere calculation. It was an incredibly satisfying feeling when you got it right.” 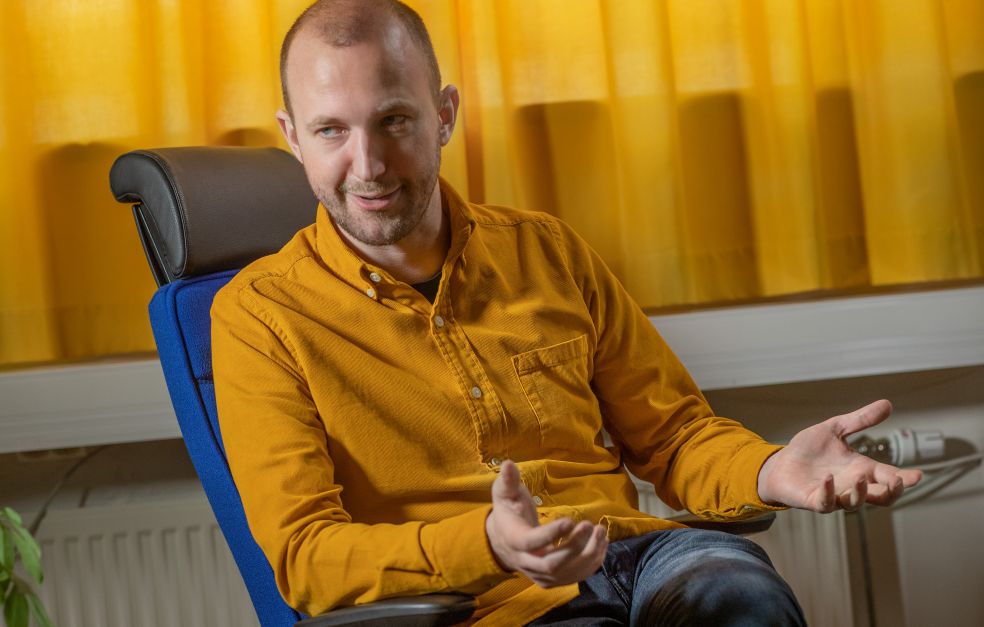 The next step was a PhD in mathematics and algebraic geometry at KTH.

“I still work in the same field, but I have spread my wings a little, and also delve into mathematical topics such as topology and number theory.”

After a stint as a postdoc at ETH Zürich in Switzerland, Petersen worked as an assistant professor at Copenhagen University. Since 2017 his base has been the Department of Mathematics at Stockholm University, which is housed in century-old buildings a stone’s throw from the beautiful Brunnsviken bay in Stockholm.

“It gives me peace of mind to know that I don’t have to seek funding for five years – I can focus on my research and build my research team.”

As a Wallenberg Academy Fellow, he will be delving further into the physical properties – the topology – of moduli spaces of Riemann surfaces. The concept of Riemann surfaces dates back to the 19th century, and they now play an important part in many scientific fields, such as number theory in mathematics and string theory in physics.

“There is a deep mathematical theorem stating that a Riemann surface arises in the zero set of a polynomial equation,” Petersen explains, drawing on his white board.

“A Riemann surface is a two-dimensional surface with a special property. A tiny figure living on that surface could not measure the distance between two points, but could measure angles between two lines that meet.”

The moduli space describes how Riemann surfaces can be deformed. Petersen elaborates:

“If we take a Riemann surface and imagine deforming it slightly, so that the angles change. This will create a new Riemann surface that looks almost exactly the same, and one might ask how many different ways this can be done. When you deform the Riemann surface, you move around in the geometric space that we call moduli space. I am trying to understand the nature of that space.” 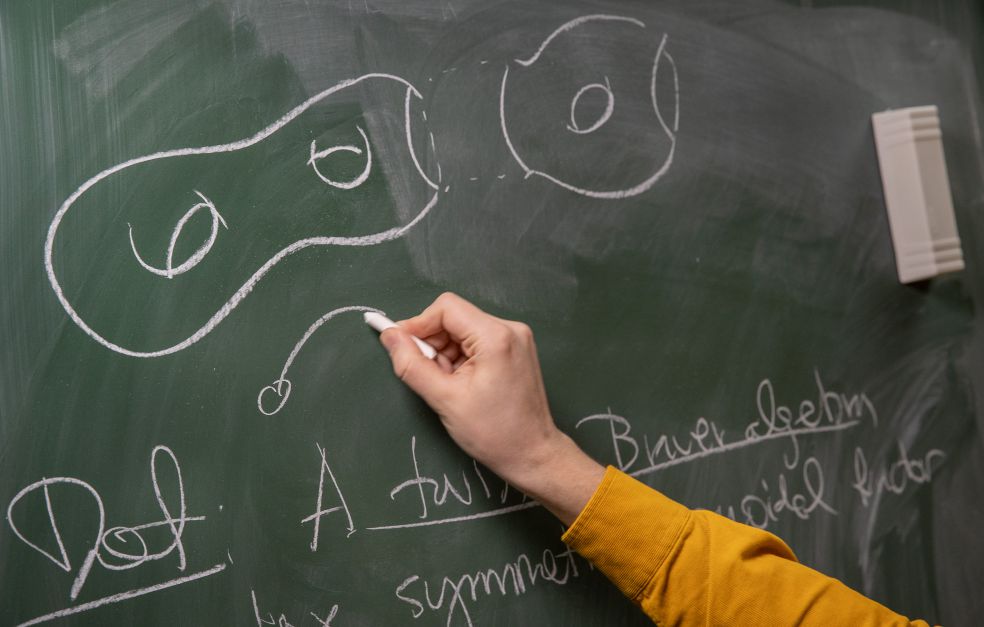 Petersen points out how hard it is to achieve a good mix of realistic and high-flown project goals.

“Restricting yourself to realistic goals won’t get you anywhere – neither will high-flown goals alone. But if, in my wildest dreams, I were allowed to wish what I could prove, it would be that moduli spaces can be used to geometrically interpret something that can show irrationality in a series of numbers called ‘multiple zeta values’”.

In fall 2018 Petersen received the Wallenberg Prize in Mathematics for his work in the field of algebraic geometry. The prize is awarded by the Swedish Mathematical Society to promising young Swedish mathematicians. His success notwithstanding, Petersen approaches his research with humility.

“Most of my time at work I spend fumbling in the dark, so I have to make the most of the times when I feel I have achieved something.” 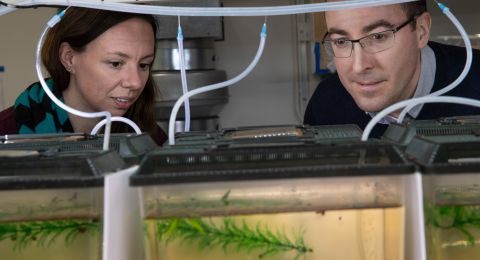 Natural science
The impact of evolution on sexual selection 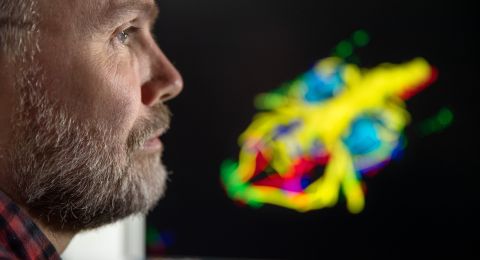 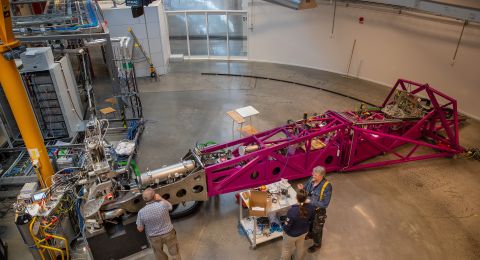