Learning about protein aggregates to solve the riddle of ALS

Medicine & medical technology
Each year some 200 Swedes are diagnosed with ALS, a neurodegenerative disorder that leads to serious symptoms. Palliative drugs are available, but there is no effective treatment. Many patients die within just a few years. Peter Andersen at Umeå University has studied ALS for thirty years, and found mechanisms that may make it possible to treat or even prevent it. 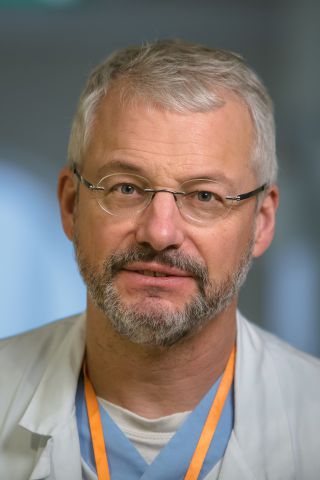 ALS (amyotrophic lateral sclerosis), also known as motor neuron disease, primarily attacks motor neurons, the nerve cells that control the skeletal muscles. This causes symptoms of paralysis, with gradual muscular atrophy. At present there is no cure, only palliative treatments that ease the symptoms and in some cases slow the progress of the disease to some extent. Most sufferers die within a few years when their respiratory muscles become paralyzed.

Andersen, who is a Wallenberg Clinical Scholar, has been researching ALS since 1992. At that time the predominant theory was that the disease was autoimmune, i.e. the body’s own immune system attacked the neurons. But in 1993 a research group at Harvard University published findings on a mutation among ALS patients in a gene that codes for a protein called SOD1.

“It was a huge breakthrough in brain research. Everyone could see that real changes lay ahead in the field,” Andersen says.

The researchers who made the discovery were not themselves experts on SOD – but a team at Umeå University happened to be so. Umeå’s SOD experts combined with Andersen’s ALS research team, which at that time comprised only three people, to form a consortium. This now numbers 26 members.

Misfolded proteins spread from one neuron to another

SOD1, which stands for superoxide dismutase type 1, is an enzyme that neutralizes free oxygen radicals in the body’s cells. It was originally hypothesized that mutations in SOD1 caused the enzyme to lose its efficacy so that neurons were damaged by the radicals. But the Umeå team were among those who identified a different mechanism. 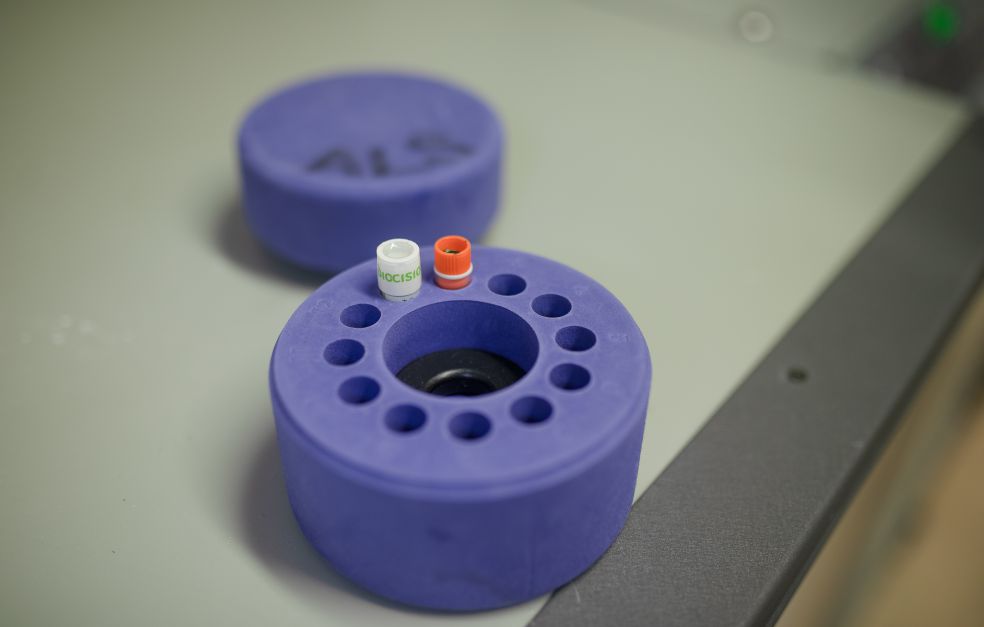 Mutations in SOD1 cause the enzyme to misfold so that it forms aggregates, and transforms into a prion protein. This means the misfolded protein can spread from neuron to neuron, enabling the disease to spread throughout the nervous system. Similar mechanisms may also be the cause of diseases such as Alzheimer’s and Parkinson’s, but then other proteins are involved.

All ALS patients appear to have misfolded SOD1 protein in their nervous system. The Umeå researchers were the first in the world to demonstrate that this misfolding is a tightly-controlled process that converts the protein into a form toxic to neurons. The process occurs solely in neurons, even though there is much more SOD1 in liver and kidney cells, for example. The Umeå team has found that no aggregating proteins are formed there.

“There must be something specific to the nervous system that causes failings in the nerve cell’s quality control of SOD1 synthesis. We think that the major breakthrough for research into a number of brain diseases lies in identifying substances in the cell environment that explain why certain proteins change form and become toxic,” Andersen says.

The research team has developed a new analytical method for visualizing misfolded proteins. They used it to identify three separate variants of folding, A, B and C, which give rise to different subtypes of the disease in a mouse model of human ALS. The researchers also demonstrated that the variants can change form so that A becomes B, for instance.

“Greater insight into how the prions form and spread may have major clinical implications. Ultimately, it may lead to more accurate diagnoses and better tailored therapies. But that insight also tells us we must pay special attention to what happens when a therapy is developed for one type of prion alone. What if this results in formation of the other types instead, which might be more aggressive than the original variant, and capable of harming more parts of the nervous system?”

“We wouldn’t be where we are today without funding from the Foundation. We would probably have discovered the SOD1 prions, but not the three types of strains and their propagation patterns. Extensive resources were needed.”

The amount of SOD1 a patient has in their neurons has been found to be a key determinant of the rate at which the disease progresses. Pharmaceutical companies are developing therapies designed to block SOD1 production that are now undergoing clinical trials, including in Sweden. But SOD1 synthesis must not be arrested; working with international colleagues, the Umeå researchers have recently identified eleven children who have no SOD1 function at all. They have suffered from a serious paralytic disease since infancy.

Preliminary data also show that the SOD1-prions seem to affect other types of proteins, turning these too into prions. According to Peter Andersen this might mean that brain diseases such as ALS and Alzheimer’s are caused by a mix of prions, brought about by changes in the protein quality machinery.

“Some ALS patients not only develop a motor neuron disease with paralysis but also fronto-temporal dementia and parkinsonism. I have a strong feeling that some of these additional lesions may be caused by non-SOD1 prions”. 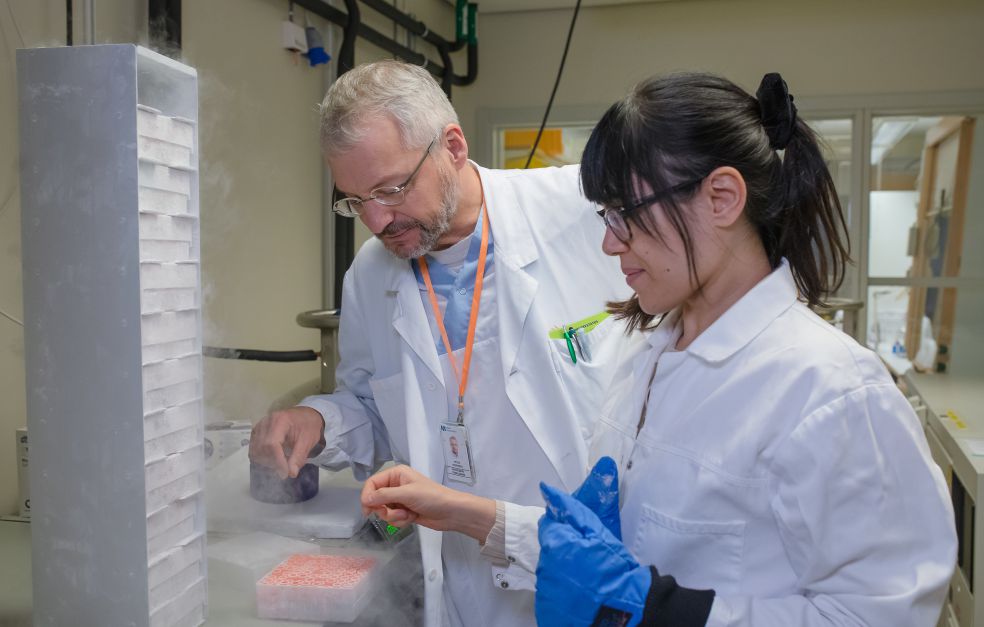 In parallel with his research, Andersen works as a neurologist physician at the ALS clinic at the University Hospital in Umeå, which receives patients from throughout the Nordic region.

“Working at the clinic is very important and a source of inspiration. Without the clinic we wouldn’t have been able to carry out our lab work or the precision medicine trials,” Andersen explains.

In the coming years he aims to identify more mutations that cause misfolded SOD1, and to continue studying various types of misfolding and the factors governing the variations between patients. They are all different and patient material will be needed from a wide range of sources.

“International collaboration is essential. Samples from an individual patient or their family can make all the difference. No one can solve this on their own, that’s for sure.”

ALS – amyotrophic lateral sclerosis – is not a single disease; it is a collective term for a group of diseases that attack parts of the brain, the brain stem and the spinal cord, and break down the motor neurons that control muscles.

The body’s muscles gradually weaken and finally atrophy. When the respiratory muscles are affected the ALS patient dies.

The disease occurs throughout the world. Some 200 people a year, most of them of working age, are diagnosed with ALS each year. It is estimated that 600–700 people in Sweden have the disease. One or two out of ten patients have a relative who has previously developed ALS. ALS is slightly more common among men.

Approximately half of patients die two to four years after onset of the disease, although ten percent survive for more than ten years. A few patients have lived with the disease for over 30 years, the astrophysicist Stephen Hawking being one example.

At present there is only one medicine for the treatment of ALS. It does not cure the disease, but may slow its progress. 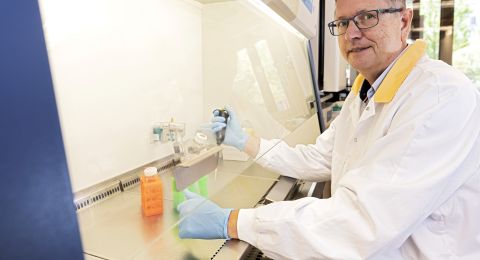 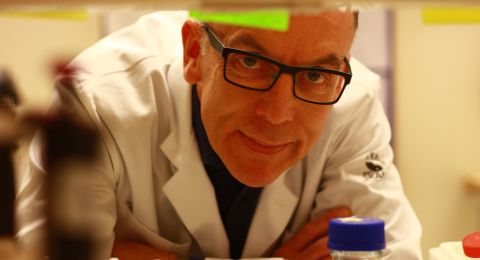 Medicine & medical technology
Vaccines based on weapons used by bacteria 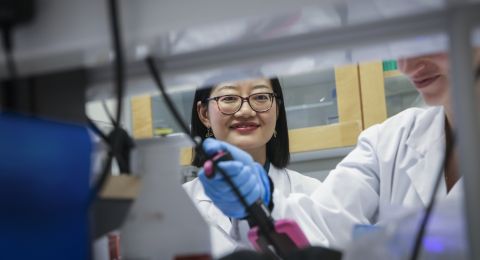