Medicine & medical technology
The form of cancer known as neuroblastoma is rare, and mostly occurs in small children. The high-risk version of neuroblastoma is often fatal and treatment is very difficult and risky. Researchers are now studying how the disease originates, and are hoping to find paths to less radical treatment. 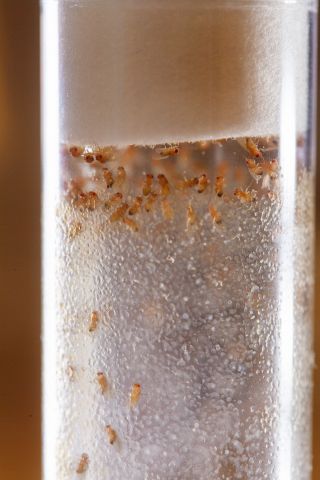 Understanding the origin and heterogeneity of childhood neuroblastoma

Every year between 15 and 20 children are diagnosed with neuroblastoma in Sweden. Most of them are under two years old; some are born with the disease. Sometimes it is discovered as a lump under the skin. The child may also suffer from fever, diarrhea and sweating caused by hormones secreted by the tumor.

The disease occurs in the nervous system, and is highly complex. The body is able to deal with the mildest forms without treatment, but around half of children have a much more aggressive form that requires intensive chemotherapy. This causes severe suffering to the patient and family, and presents a big challenge for the doctor in charge.

“The treatment for high-risk neuroblastoma, including intensive chemotherapy, comes with a price. The immune system is severely compromised, and serious side-effects are common. Additional risks are the impairment of brain development, and an elevated risk of further cancer,” says Ruth Palmer, Professor of Molecular Cell Biology at the University of Gothenburg.

She is leading a project funded by Knut and Alice Wallenberg Foundation that brings together six research teams at the University of Gothenburg and Karolinska Institutet. Together they will be making an in-depth study of how neuroblastoma develops in a range of experimental models, and examining whether other treatments may be more effective than chemotherapy.

Almost all children with the aggressive form of the disease benefit from treatment, but many suffer a relapse. According to Palmer, understanding this is a high priority for the neuroblastoma research community. Current intensive chemotherapy for high-risk neuroblastoma can lead to the drugs themselves changing cellular DNA, increasing the risk of promoting cancer progression. 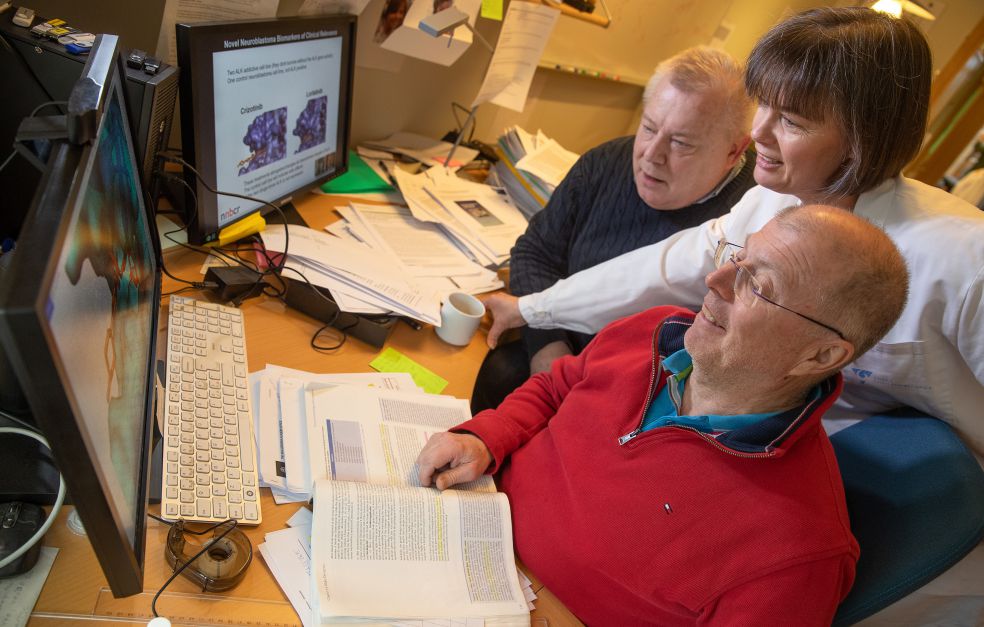 One interesting alternative is offered by ALK inhibitors, which are used in the clinic to treat certain forms of lung cancer. In these patients, ALK inhibitors block the activity of a certain molecule, ALK, that Palmer and her colleagues have been studying since 1996. Studies of genes and cancer cells have revealed that the same molecule plays an active part in neuroblastoma. There are also instances where clinicians have treated children with neuroblastoma using ALK inhibitors. Results suggest that in some cases this can be an effective approach, with very few side-effects.

“We believe that it could be more effective for some patients to start with this treatment instead of strong cytostatic drugs. But clearly the neuroblastoma research field needs to provide more evidence supporting this before moving to clinical practice,” Palmer says.

The researchers involved in the project are contributing expertise in various fields, and combining numerous methods: studies in mice, fruit flies and zebra fish, analyses of patient samples, protein mapping, and single cell sequencing. This entails mapping all genes in a single cell. Several of the researchers leading the separate sub-projects are mid-career, which Palmer points out gives them a long-term perspective:

“We’re not exactly fresh out of university, but we know that we have at least another twenty years in research. I think this gives us extra impetus. We’re very hopeful we’ll be able to make important findings in this field.”

At present it is not clear how or when the nerve cells – the neuroblasts – start to behave as cancer cells. The researchers want to study gene and molecular activity at various stages of neuroblast development, when healthy, and when diseased, to find out exactly what is happening in the tumor. The aim is to create a solid basis of experimental evidence from which to draw definite conclusions as to which new therapies ought to work in neuroblastoma cases. Greater knowledge may also pave the way for entirely new drugs. 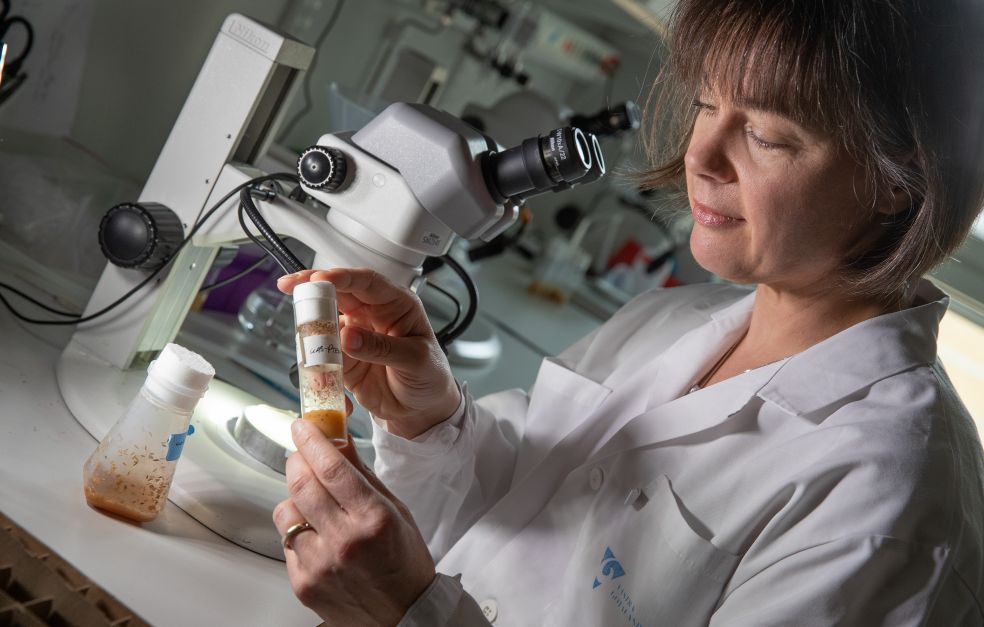 But the researchers face major challenges. First of all, there is a risk that the animal models do not resemble humans closely enough, and that the findings will not give any real pointers on treatment of children. And the situation is further complicated by the small number of patients. Palmer acknowledges that this is naturally a good thing, although it is not helpful from a research perspective. Researchers from different countries have to work together to obtain sufficient material for analyses and tests. Samples from a single patient may provide important information – what distinguishes a patient who responds to medication from one who does not? How is it that some tumors simply shrink on their own, even though they are just as large as more aggressive ones?

Careful analyses of similarities and differences between patients may reveal patterns that tell the researchers something about the nature of the disease.

“A clinician takes a risk when giving a patient who is seriously ill an experimental therapeutic. As time goes on more and more clinical evidence accumulates on use of ALK in patients, but there are always concerns when using new drugs in children. We must therefore be careful to provide clear evidence in preclinical models that the alternatives can produce better results. In the near future I hope we will have been successful enough to help persuade clinician to first consider alternatives either as an alternative or as an addition to chemotherapy. Ultimately, clinicians wish for effective therapeutic options with reduced risk of relapse and side effects, and these would make a big difference to patients.” 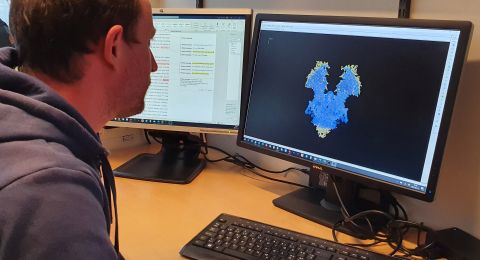 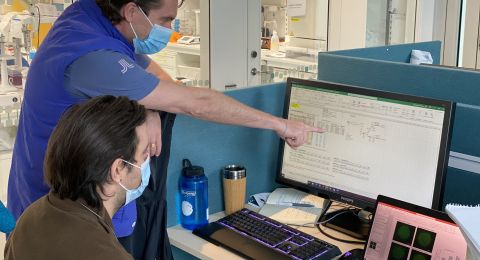 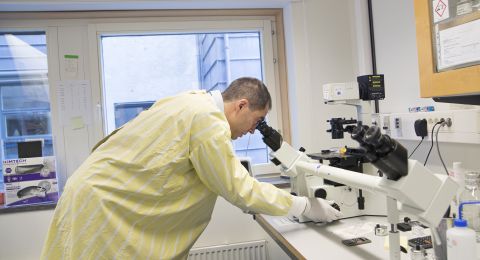